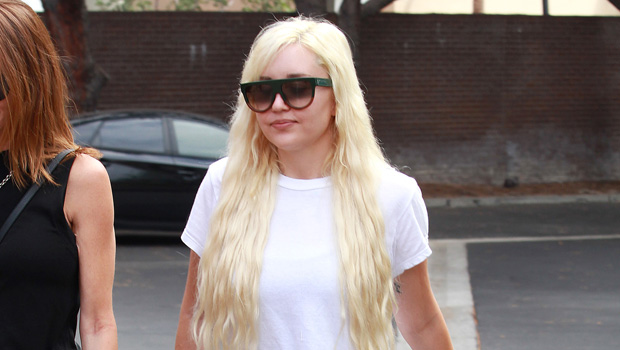 Amanda Bynes, 36, and Paul Michael, have reportedly called it quits. The pair, who had been dating since 2019, have decided to end things completely, according to E! News. This update comes just two weeks after news that the couple broke off their engagement for a second time after their initial decision to do so “sometime in 2021”. They remained committed to each other following their first canceled engagement, seemingly looking to smooth things over. This time, however, it looks like the relationship is over for good.

“[They] are together working through the tough times,” an inside source told E! News, explaining that “a series of significant” obstacles kept them from coming together in marriage. That included public scrutiny and the coronavirus pandemic. If the couple’s actions over the years have been any indication, they may have had issues within the relationship at times as well.

Amanda Bynes Through The Years: Photos Of The Nickelodeon Star

The pair have had a considerably rocky time together since becoming a couple. In April, Amanda was last seen out with Paul on an afternoon stroll following the actress’s claims she kicked him out of the house after an alleged fight. At the time, the Los Angeles Police Department confirmed to HollywoodLife that officers had responded to a “verbal dispute” call at her home, but no arrest was made. One of the parties did, however, gather their belongings and leave the location.

Paul was Amanda’s first long-term relationship following the end of her nine-year conservatorship. She was freed from the arrangement on March 22, 2022, after which the couple decided to move in together. Following the termination of her conservatorship, Amanda proclaimed that she had been working to improve her health over the years so she could live and work independently as well as prioritize her well-being “in this next chapter”. At the time, she expressed excitement for her “upcoming endeavors”, including a fragrance line.

Paul had proposed to Amanda on Valentine’s Day in 2020, after which she began sporting a massive diamond ring that shared to Instagram. Wedding rumors flew shortly after, though the pair never made any announcement regarding potential nuptials beyond their two engagements. HollywoodLife has reached out to Amanda’s rep for confirmation on the pair’s split.