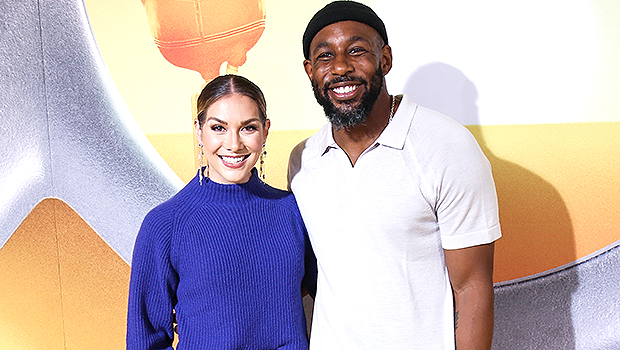 Three weeks after the sudden passing of The Ellen DeGeneres Show producer Stephen “tWitch” Boss, his wife, Allison Holker, 34, took to Instagram to share an emotional tribute video on Jan. 6. “To my husband, best friend, babe, Chee-chalker, Superman and father of my children I LOVE YOU FOREVER and ALWAYS!”, she captioned the clip just one day after his funeral. “We will forever remember you as the true beacon of light that you were and we will continue to cast your light and love throughout the world. Thank you for our incredible memories and our beautiful life shared together.”

Allison’s tribute post began with a black-and-white portrait of the late dance star, along with a carousel of photos of the couple over the years. Some of the snapshots included images of their kids: Weslie, 14, Maddox, 6, and  Zaia, 3. What made the video even more emotional was the sound of Rihanna‘s “Lift Me Up,” which played in the background. Soon after, the comments section was flooded with condolences for the mom-of-three. “He left his legacy in and with all of you Allison Love you,” Dancing with The Stars alum Julianne Hough, 34, penned.

Other celeb pals who chimed in included singer Jessie J, 34, who added, “I’m so sorry. I can’t even imagine how you feel.” Comedian Anjelah Johnson also made sure to send the mourning wife a loving message. “Holding you and your family tight in our hearts. May God continue to bring your strength and hope. Sending you so much love,” the 40-year-old noted. In addition, many of the So You Think You Can Dance alum’s 3.6 million followers also took to the comments to send their love to Allison and tWitch’s family. “Sending you and the family all of my love Allison RIP Icon,” one supporter wrote, while another added, “I’m so sorry. Such a beautiful light in this world.”

The loving video comes three weeks after the tragic death of Stephen, who died on Dec. 13, 2022, in Los Angeles. Allison confirmed his passing in an exclusive statement to PEOPLE on Dec. 14. “It is with the heaviest of hearts that I have to share my husband Stephen has left us,” she said. “I am certain there won’t be a day that goes by that we won’t honor his memory. We ask for privacy during this difficult time for myself and especially for our three children.” Stephen was an actor, dancer, producer, and DJ. Many remember him from his time on Ellen DeGeneres‘ hit talk show, which he later became a producer on.

His wife took to Instagram on Dec. 21, 2022, to share a selfie with her late husband just one week after his death. “My ONE and ONLY Oh how my heart aches. We miss you so much,” the 34-year-old captioned the post. Although Allison has not spoken on tWitch’s cause of death, the Los Angeles County Medical Examiner ruled his cause of death as a “gunshot wound to the head.”

The coroner’s report obtained by HollywoodLife also revealed that the late talent died by suicide. Since there was also no foul play involved, the case surrounding his death was closed on Dec. 14, 2022.  As previously mentioned, tWitch is survived by his wife, Allison, and their three beautiful children. His funeral was held at Forest Lawn Cemetery on Jan. 4, among close family and friends.

Gangsta Boo Dead At 43: 5 Things To Know About The Three 6 Mafia Rapper