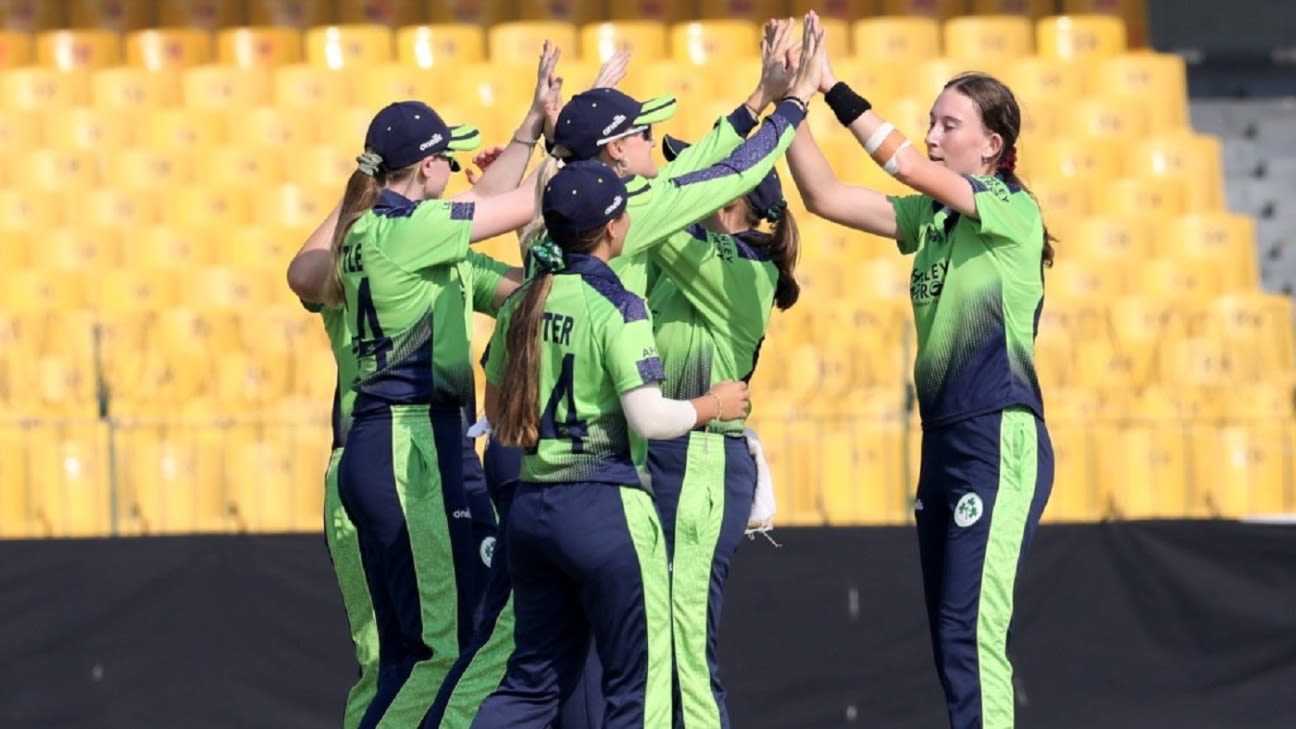 An all-round show from Orla Prendergast backed up by a measured half-century from Gaby Lewis helped Ireland get past Pakistan by six wickets in the first T20I in Lahore.

The hosts, choosing to bat, started their innings on the wrong foot as Prendergast cut a swathe through the Pakistan top order, striking three times in the first seven overs. Muneeba Ali fell off the third ball of the innings, caught behind for a duck, while captain Bismah Maroof departed for 17. Javeria Khan fell just after the powerplay, for a labourious 4 off 16 balls.

It needed the experience of Nida Dar, who struck a 43-ball 61, to dig Pakistan out of their hole. She got good support from Aliya Riaz with the duo adding 57 runs for the fifth wicket. Riaz and Ayesha Naseem then provided the finish, helping Pakistan post 135 for 5.

Ireland’s chase too did not have the best of starts with Dar doing the damage with the ball too to send back Amy Hunter in the second over but Lewis kept the visitors chugging along. The opener struck an unbeaten 69 off 54 balls to steer her side home.

She added 55 for the second wicket with Prendergast, who made 39 off just 25 balls, and then 44 runs for the fourth wicket with Eimear Richardson. Ireland lost a couple of quick wickets in the middle phase, but Lewis held her end up all through. She ensured the required rate never got out of hand and found the boundary at regular intervals.

Lewis hit the winning runs in the 19th over, as Ireland finished the job with eight balls to spare. Prendergast was named Player of the Match for her all-round efforts. This was just the third win for Ireland over Pakistan in T20Is, in 16 attempts.