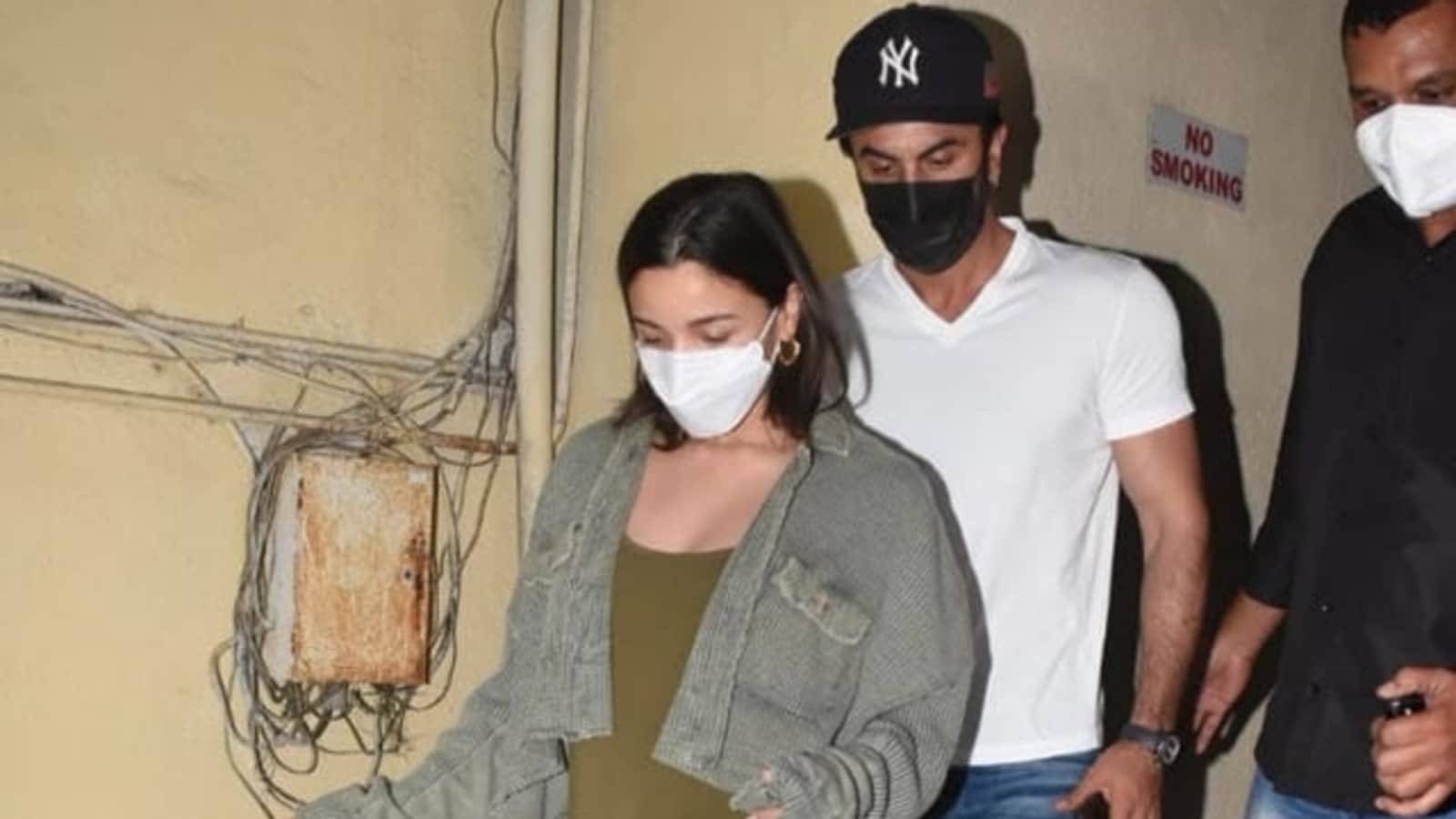 Ahead of the release, a special screening of Brahmastra was hosted in Mumbai’s Juhu on Monday. The screening was attended by the film’s lead actors Alia Bhatt and Ranbir Kapoor. In a video shared by a paparazzo account, the two are seen coming out of the movie hall. Apart from Ranbir and Alia, film director Ayan Mukerji and Alia’s sister Shaheen Bhatt also attended the special screening. Also Read: Alia Bhatt talks about why she moved in with Ranbir Kapoor before wedding: ‘I think it’s great’

In the video, Ranbir is holding Alia’s arm from the back as they walked out of the movie hall. Alia wore an olive green dress with a denim jacket, while Ranbir kept it casual with a white t-shirt and a pair of denim jeans.

Alia also shared a video from inside the movie hall on her Instagram account. The video featured her, Ranbir, and Ayan, along with the film’s crew in the background. Alia says, “So we have some special news. So we are watching Brahmastra in 3D for the first time together and we have our crew also.” Ayan then says, “It’s a huge moment for us. As we were all together so we decided that one day before the release we thought to watch the film with the audience. So we have decided that one day before the release, that’s on Thursday..” Ranbir adds, “That’s September 8. Lucky number 8.” Alia and Ayan then inform their fans that this screening with the audience will happen in Mumbai and that they’ll be sharing more details about it soon.

Directed by Ayan, Brahmastra features Ranbir Kapoor in the lead alongside Alia Bhatt, Amitabh Bachchan, Nagarjuna, and Mouni Roy. The film will hit the theatres across India on September 9, with RRR director SS Rajamouli on board as presenter for the south region, where the movie will also be released in Tamil, Telugu, Kannada, and Malayalam.

Brahmastra’s shoot began in 2017 and soon after that, Alia and Ranbir started dating. The two got married on April 14 and announced their pregnancy in June.

Ranbir will be also seen in director Sandeep Reddy Vanga’s next gangster drama Animal alongside Anil Kapoor, Bobby Deol, and Rashmika Mandanna. Apart from that he also has director Luv Ranjan’s next untitled romantic comedy film alongside Shraddha Kapoor, which is all set to hit the theatres on March 8, 2023.

Alia, on the other hand, will be seen in Karan Johar’s next directorial film Rocky aur Rani Ki Prem Kahani along with Ranveer Singh, Dharmendra, Jaya Bachchan, and Shabana Azmi. The film is slated to hit the theatres on February 10, 2023. She also has Zoya Akhtar’s Jee Le Zaraa in the pipeline. The film will also star actors, Priyanka Chopra, and Katrina Kaif.