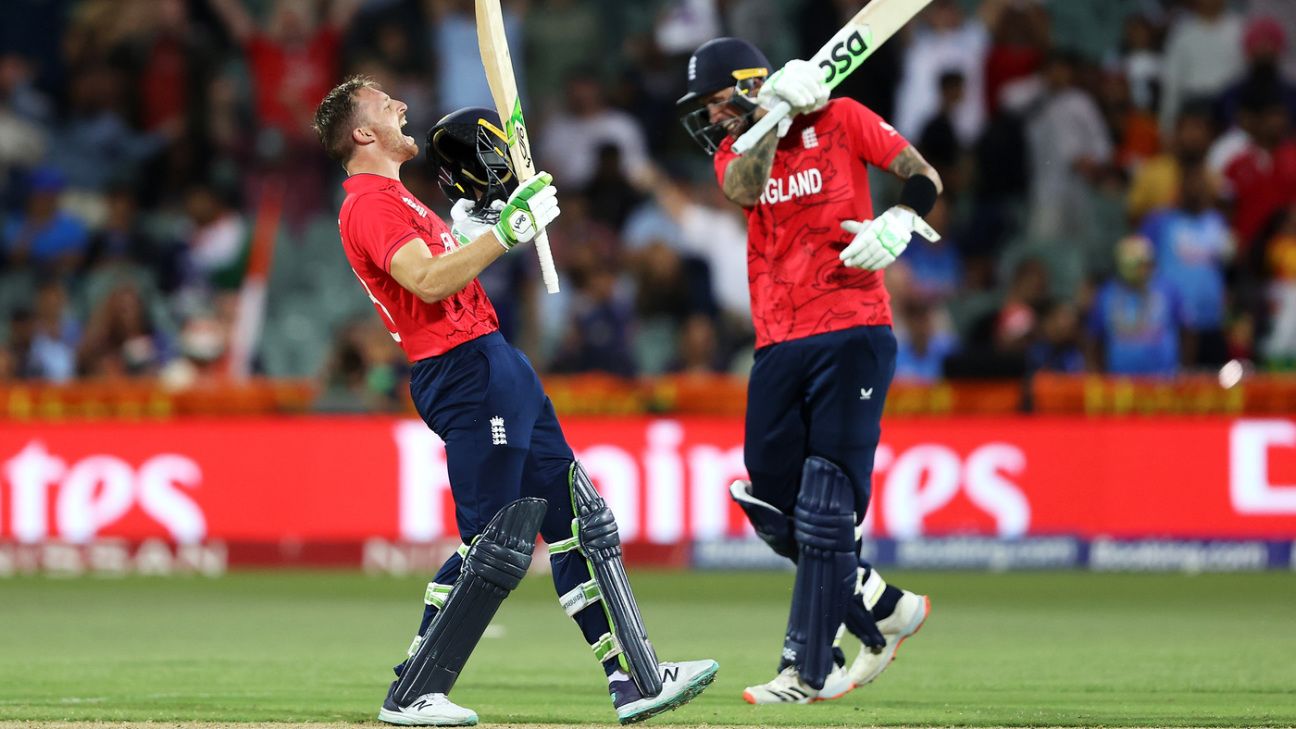 For all of England’s game-breaking talent, this win that takes them into the 2022 Men’s T20 World Cup final was all about doing the basics right.

They protected the short square boundary in Adelaide, giving away only two sixes until the start of the death overs.

They saw a chance to break open a chase of 169 in the powerplay, when the ball was coming on nicely under the lights, and seized it. Ten boundaries in the first six overs. And their second-highest score against India in a T20I while the field restrictions were on.

A score 63 for 0 in six became 170 for 0 in 16. Jos Buttler became a supernova. Alex Hales became a dream come true. Jeetega bhai, jeetega became Sweet Caroline.
The Hales gamble
One horrid rain-soaked night at the MCG, England played the way they swore they never would. The captain then came out and said “let it hurt”.

Pain is powerful, but just as well as it disorients, it brings clarity. In that it forces people to do everything possible to never feel it again. And that’s what’s happened.

Since that defeat to Ireland, where they kept second-guessing themselves, England have batted and bowled with ultimate clarity. The selection of Hales was one of ultimate clarity. He came with solid experience in Australian conditions. They needed that experience. Buttler made the call. And now here is the payoff.

A player who, for a long time, came to be known as a disruptive force within the England team was given a second chance. And he’s repaid their faith with an innings that broke the biggest superpower in the world of cricket.

Hales equalled India’s tally of sixes all by himself – seven – reducing their bowlers bowlers to rubble. He even backed himself to clear Adelaide’s massive 88-metre straight boundaries.

When all was said and done and he was picking up his Player of the Match award, he looked straight into the camera and said, “I never thought I would play a World Cup again.”

A few India fans must be going, “If only…”

New Zealand opt to bowl, bring in Milne for Boult; Pant slotted to open for India