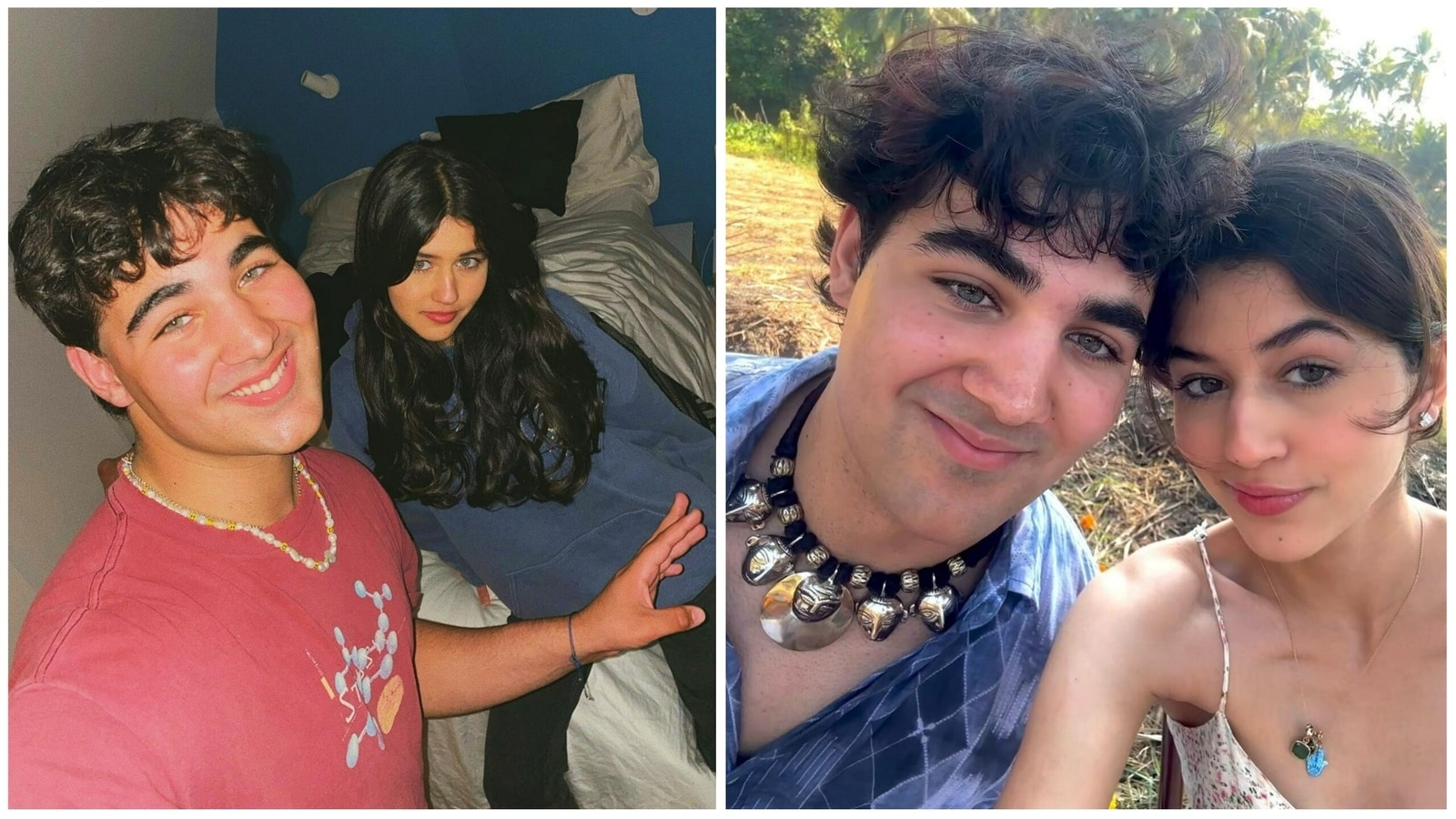 Aarav Bhatia, son of actor Akshay Kumar and author Twinkle Khanna, is close to his cousin, Naomika Saran. Aarav is 20, while Naomika, who is 18, is the daughter of Twinkle’s sister and former actor Rinke Khanna. Also read: Nitara Bhatia kisses pet goodbye as she leaves with mom Twinkle Khanna for UK. See pics

On Saturday, Naomika shared an adorable selfie with Aarav on Instagram along with a shell emoji in the caption. While Aarav is seen in an indigo shirt and a necklace, Naomika wore a white dress and a locket.

Her followers showered their photo with love. A fan wrote, “I want both of them to start acting.” Another one wrote, “Cousins who play together, stay together.” One more said, “Both of you have beautiful eyes…” A person also called them “My fave (favourite) siblings.” Many also called them ‘cute’.

Naomika is the daughter of Rinke Khanna and husband Samir Saran. Rinke is the younger daughter of late actor Rajesh Khanna and his estranged wife, veteran actor Dimple Kapadia. Rinke made her acting debut with Pyaar Mein Kabhi Kabhi in 1999 and went on to feature in films like Jis Desh Mein Ganga Rehta Hain, Mujhe Kucch Kehna Hai, Yeh Hai Jalwa, Jhankaar Beats and Chameli. Like Twinkle, she also left films, and currently lives in London with her family.

Aarav was recently spotted at the Mumbai airport, presumably before leaving for London. He had joined Twinkle, Akshay and sister Nitara in Goa for the New Year vacation and for his mother’s birthday, last year.

Akshay was a guest on Hindustan Times Leadership Summit in November last year. On being asked about Aarav’s future plans, the actor said he is not interested in movies or becoming an actor. He had said at the time, “I want to put him into all that but he just doesn’t want to see anything, he just wants to do his work. He wants to study or do his fashion designing.”