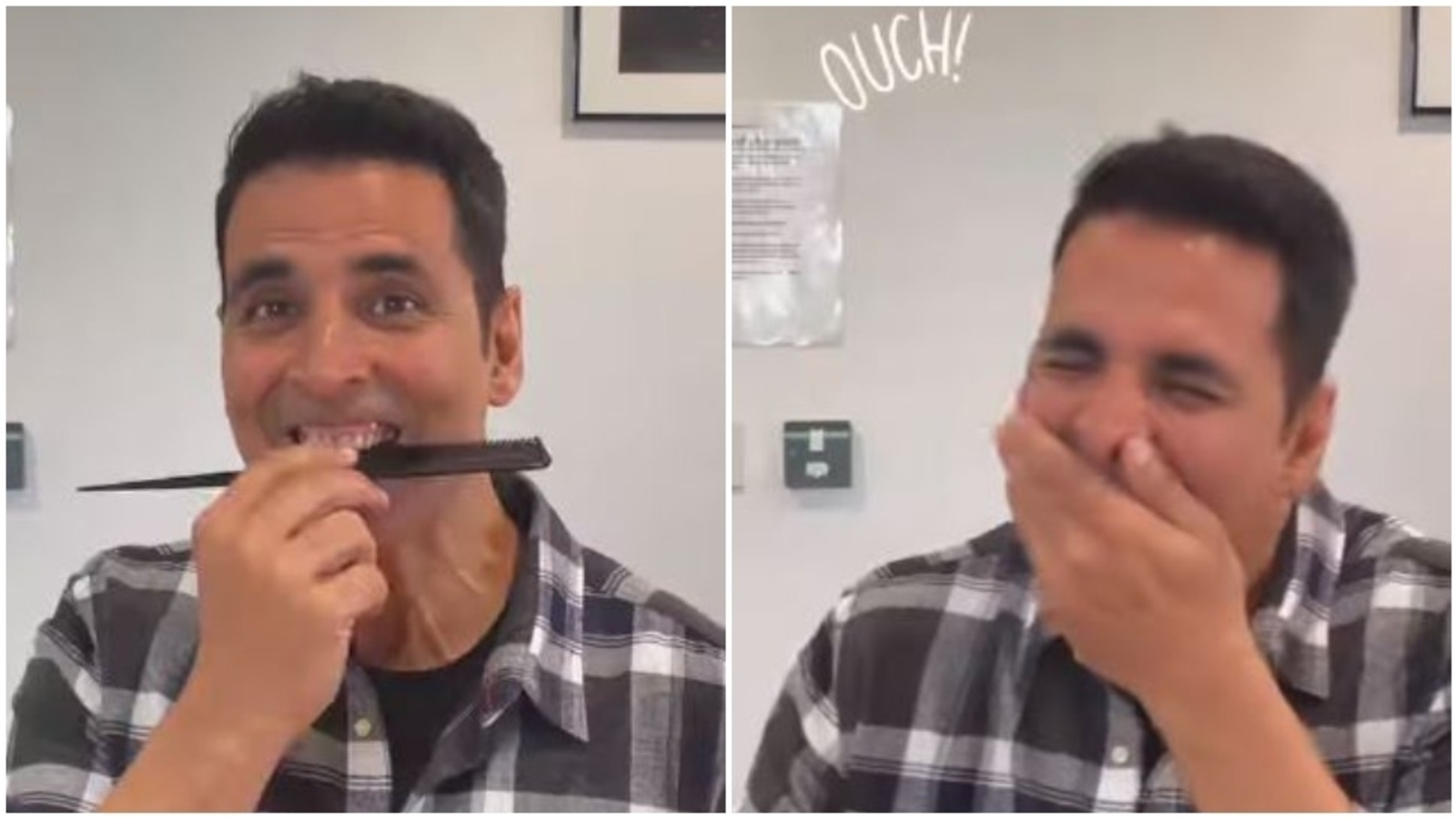 Actor Akshay Kumar on Sunday celebrated World Laughter Day with Ben E King’s Stand By Me but with a twist. Taking to Instagram, Akshay posted a clip as he turned goofy. Getting innovative, Akshay took a tail comb and brushed it against his teeth to make the sound that is heard in the song. (Also Read | Akshay Kumar shares group hug with daughter Nitara, pet Freddie; fans call it ‘most adorable thing on internet’)

In the clip, Akshay is seen sweeping the comb across his teeth to the beat of the music. He also seemingly tried to sing along as he made a face. As the clip ended, Akshay was seen covering his mouth and laughing as the word ‘ouch!’ popped up in the video. For the clip, Akshay wore a black and white plaid shirt over a black T-shirt as he sat in a room.

Akshay captioned the clip, “Key to happiness: to be able to laugh at yourself. And on that note, here’s an act which is a result of sheer boredom, hope it makes you laugh. Please do laugh, it was actually painful (grimacing face and face with tears of joy emojis) And Happy #WorldLaughterDay.”

Akshay often posts goofy videos on Instagram. Last month, he posted a video from a swimming pool with filmmaker Aanand L Rai. As the clip came to an end, he called himself a magician, hinting at his character in Atrangi Re. A ball popped up in front of him as Anand was seen laughing.

Meanwhile, Akshay recently revealed the first glimpse of his film Ram Setu. On Instagram, he shared a post featuring himself, Jacqueline Fernandez and Satya Dev. He captioned the post, “A glimpse into the world of #RamSetu. In cinemas Diwali, 2022.”

The action-adventure drama is a story of an archaeologist who races against time to prove the true existence of the legendary Ram-Setu. It will bring to light a story that is rooted in Indian cultural and historical heritage.