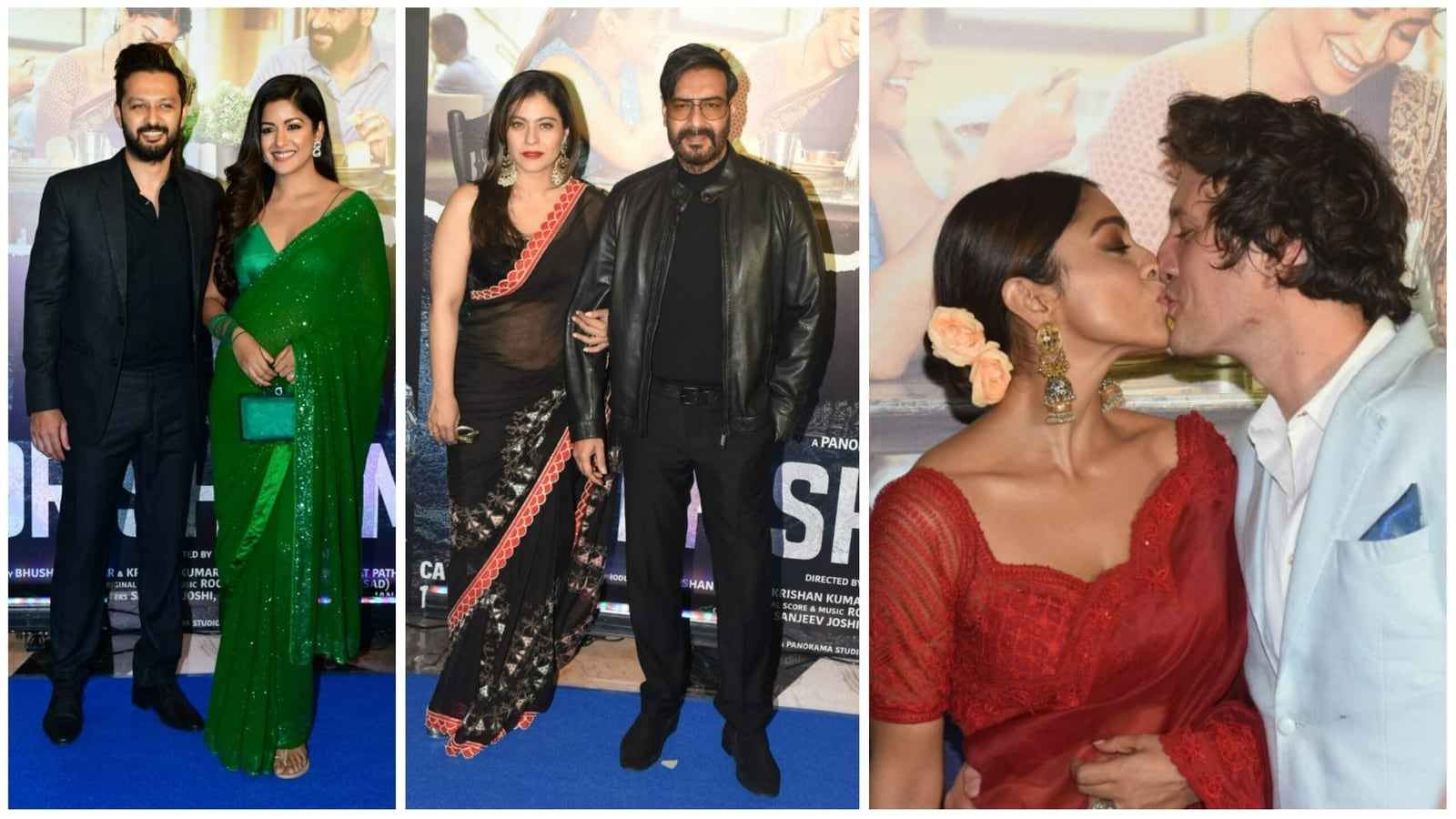 Ajay Devgn and Tabu-starrer Drishyam 2 finally released in theatres on Friday. A special screening of the film was held in Mumbai on Thursday and had the lead actors watch the film with their spouses. Ajay arrived with Kajol, Ishita was joined by actor and husband Vatsal Sheth and Shriya Saran was accompanied by husband Andrei Koscheev. Also read: Drishyam 2 collects ₹3 crore in advance booking, shows promise for day 1

Ajay and Kajol were twinning in black and chose not to smile while posing for the cameras together. While Ajay was in black tee and trousers paired with a matching jacket, Kajol was in a black saree. Shriya came in a red saree and golden earrings and also shared a quick kiss with husband Andrei, who was in a sky blue suit. Ishita chose a shimmery green saree for the occasion while Vatsal joined her in a black suit.

Directed by Abhishek Pathak, Drishyam 2 sees the entry of Akshaye Khanna as Inspector General Tarun Ahlawat who will investigate the murder case once again. Ajay’s character of Vijay in the 2015 film Drishyam made everyone believe that their family went on a holiday which in turn was a perfect plan to save his family from a murder conviction. Shriya plays his wife while Ishita plays his daughter in the sequel once again.

Drishyam was a remake of 2013’s Malayalam movie of the same name, starring Mohanlal as the lead. It was helmed by National-Award-winning director Nishikant Kamat, who died in 2020 at the age of 50.

Meanwhile, Kajol is also gearing up for her upcoming film Salaam Venky, in which she plays the central role of a strong mother whose son suffers from Duchenne muscular dystrophy. Vishal Jethwa of Mardaani 2 fame plays her son in the film. The film is directed by Revathi and will release in theatres on December 9.