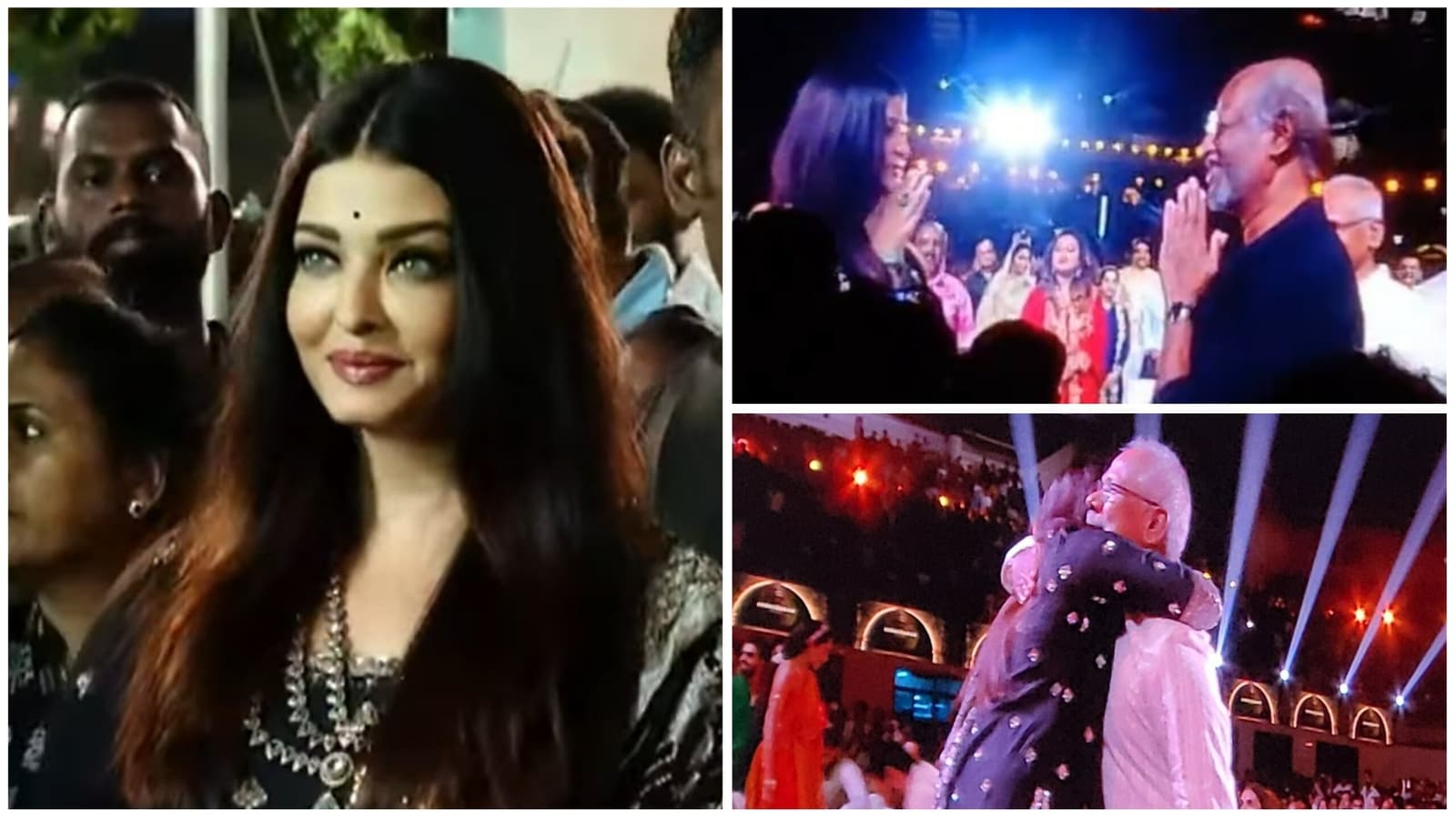 Rajinikanth was the star of the music and trailer launch event of Mani Ratnam’s upcoming film Ponniyin Selvan Part 1 in Chennai on Tuesday. He was the chief guest of the event which also had Kamal Haasan as well as the entire star cast of the film including Aishwarya Rai in attendance. Aishwarya was happy to unite with her 2.0 co-star Rajinikanth after so long and touched his feet. Also read: Ponniyin Selvan 1 trailer: Aishwarya Rai is surreal

Aishwarya, who was in a black kurta salwar and dupatta, ran from the front row to meet Ponniyin Selvan director Mani Ratnam. She greeted him with a hug and he patted her back. Mani Ratnam launched Aishwarya with her debut film Iruvar in 1997. The two went on to work together on Raavan and Guru.

On meeting Rajinikanth, Aishwarya touched his feet before he pulled her up and gave her a hug. They shared a little moment as they greeted each other with a long namaste. Aishwarya and Rajinikanth had worked together in the 2010 film Enthiran and its 2018 sequel 2.0.

Addressing Mani Ratnam as her ‘guru (mentor)’, Aishwarya said that she has learnt “passion, commitment, dedication, and focus” from him. Thanking Rajinikanth and Kamal Haasan for gracing the event, Aishwarya said, “Rajini and Kamal sir – dream moment of having you both here. We have been students, admirers of you and continue to do this forever.”

The Ponniyin Selvan Part 1 trailer was released amid much fanfare at the event. The film stars Aishwarya Rai in dual roles –one of queen Nandini, the princess of Pazhuvoor, and the other of Mandakini Devi. Vikram is in the role of Aditya Karikalan, Karthi is Vanthiyathevan, Trisha is Kundavai, Ravi is Arunmozhi Varman and Sobhita Dhulipala is Vanathi in the film.

Ponniyin Selvan-Part 1 is a cinematic adaptation of author Kalki Krishnamurthy’s Tamil novel of the same name which was released in the form of a series during the 1950s. It will release in theatres on September 30 in Tamil, Hindi, Telugu, Malayalam and Kannada.