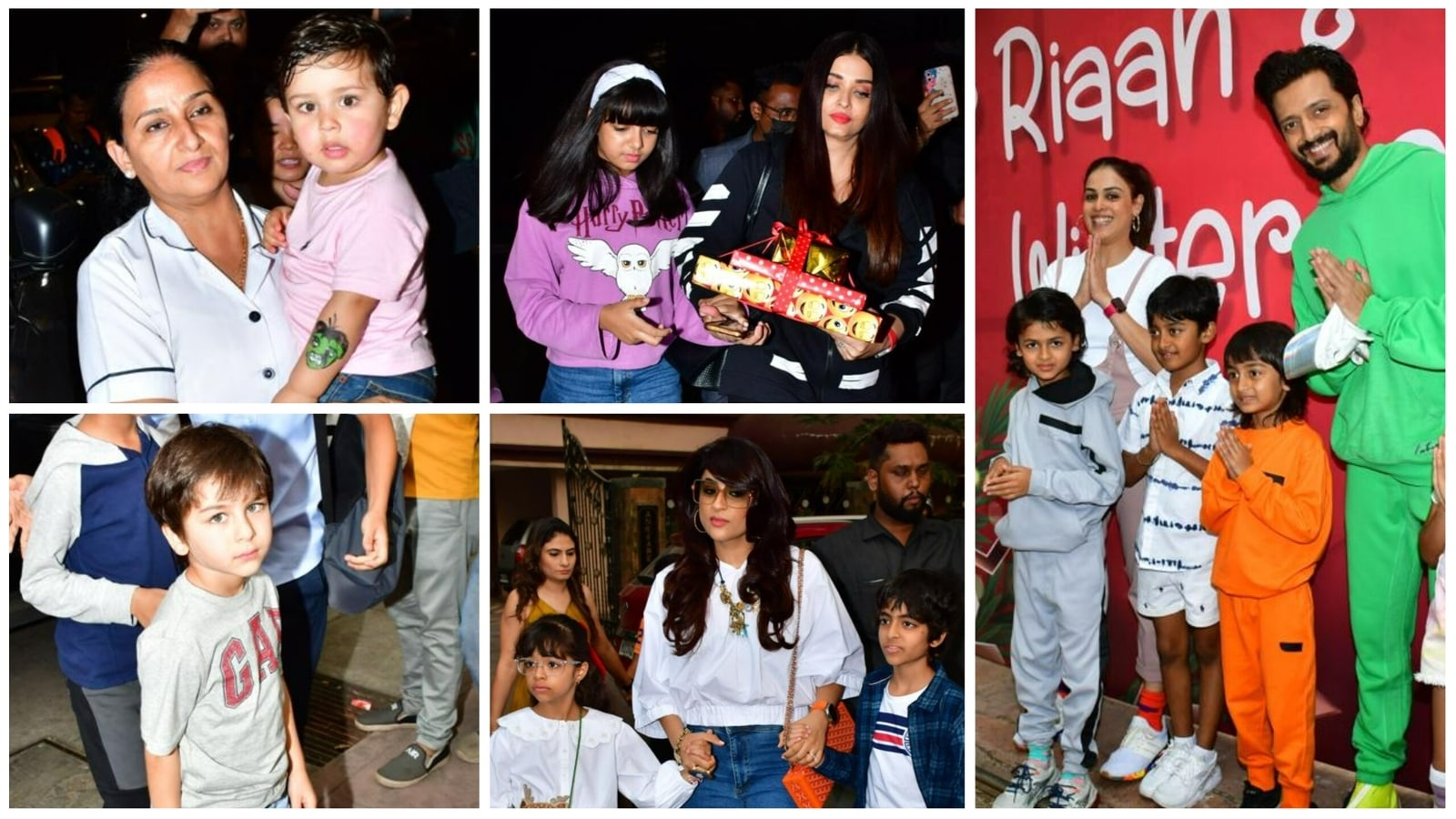 Riteish and Genelia posed with their sons Riaan and Rahyl, along with their niece and nephew, in front of a big banner with ‘Riaan and Rahyl’s winter carnival’ written on it. The boys greeted the paparazzi with a namaste.

Shahid Kapoor’s wife Mira Rajput was also spotted at the party. She was accompanied by daughter Misha and son Zain. Neha Dhupia and Angad Bedi attended the party with daughter Mehr and son Guriq. While Mehr wore a mask, Neha tried to shield Guriq’s face with her hand. Sharad Kelkar with wife Keerti and daughter Kesha was also seen. Shabbir Ahluwalia and his wife with sons Azhai and Ivarr also posed for the paparazzi. Ekta Kapoor with son Ravie Kapoor, Maniesh Paul with kids Saisha and Yuvann and Arpita Khan with son Ahil and daughter Aayat Sharma were also present at the party.

Riteish and Genelia tied the knot in 2012 after dating for several years. While Riaan is 8, Rahyl is 6 years old. Riteish and Genelia are soon returning on screen together with the film, Mister Mummy. They will also star together in the Marathi film Ved, which marks Riteish’s debut as a director.