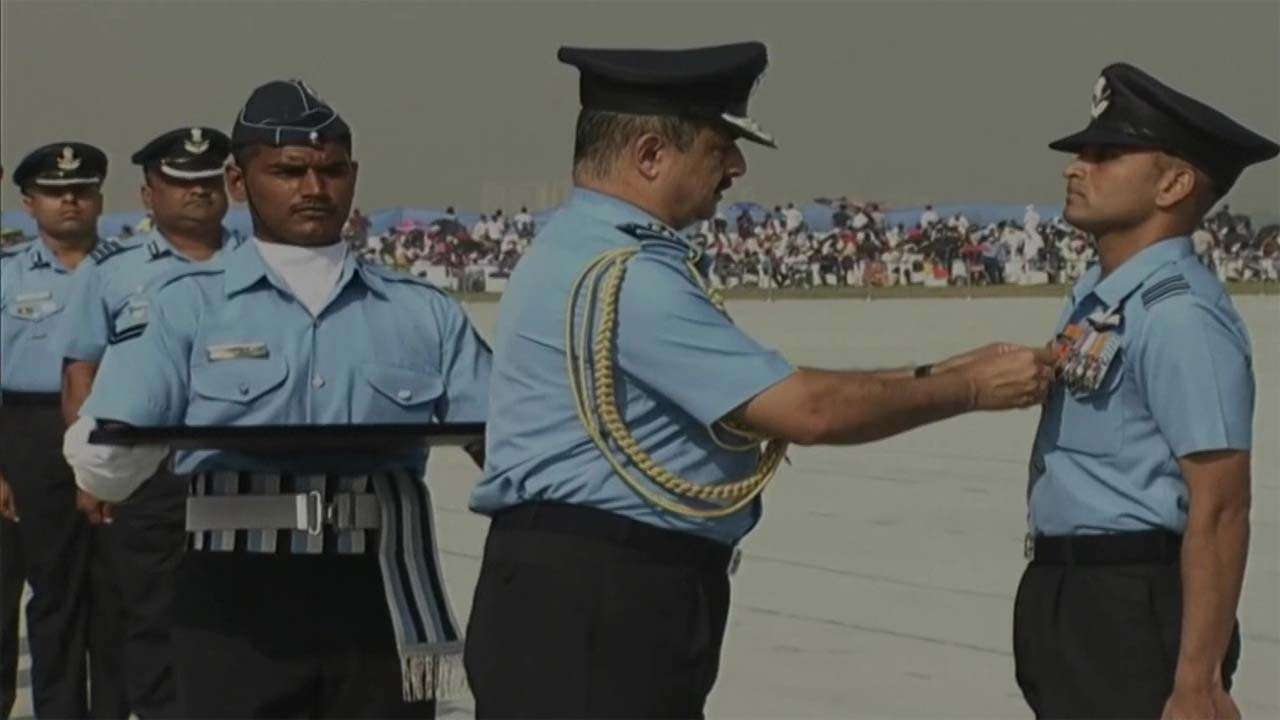 IAF Chief Air Chief Marshal VR Chaudhari inspected the Air Force Day parade on the 89th foundation day at Hindon airbase. The occasion is being celebrated as ‘Swarnim Vijay Varsh’, where the IAF is commemorating the victory of the 1971 war. Earlier, Prime Minister Narendra Modi greeted the air warriors and their families on Air Force Day with a tweet.

Greetings to our air warriors and their families on Air Force Day. The Indian Air Force is synonymous with courage, diligence and professionalism. They have distinguished themselves in defending the country and through their humanitarian spirit in times of challenges. pic.twitter.com/UbMSOK3agP

The IAF is the air wing of the Indian Armed Forces and the fourth largest air force in the world. At the event, IAF Chief Air Chief Marshal VR Chaudhari presented the Vayu Sena Medal – Gallantry to officers.

Greeting the air warriors on IAF day 2021, President Ram Nath Kovind said, “Greetings to air warriors, veterans & their families on Air Force Day. The nation is proud of the Indian Air Force which has proved its competency & capability time & again during peace & war. I’m sure IAF will continue to maintain its cherished standards of excellence.

Meanwhile, Defence Minister Rajnath Singh too extended his greetings to IAF personnel and their families on Air Force Day.