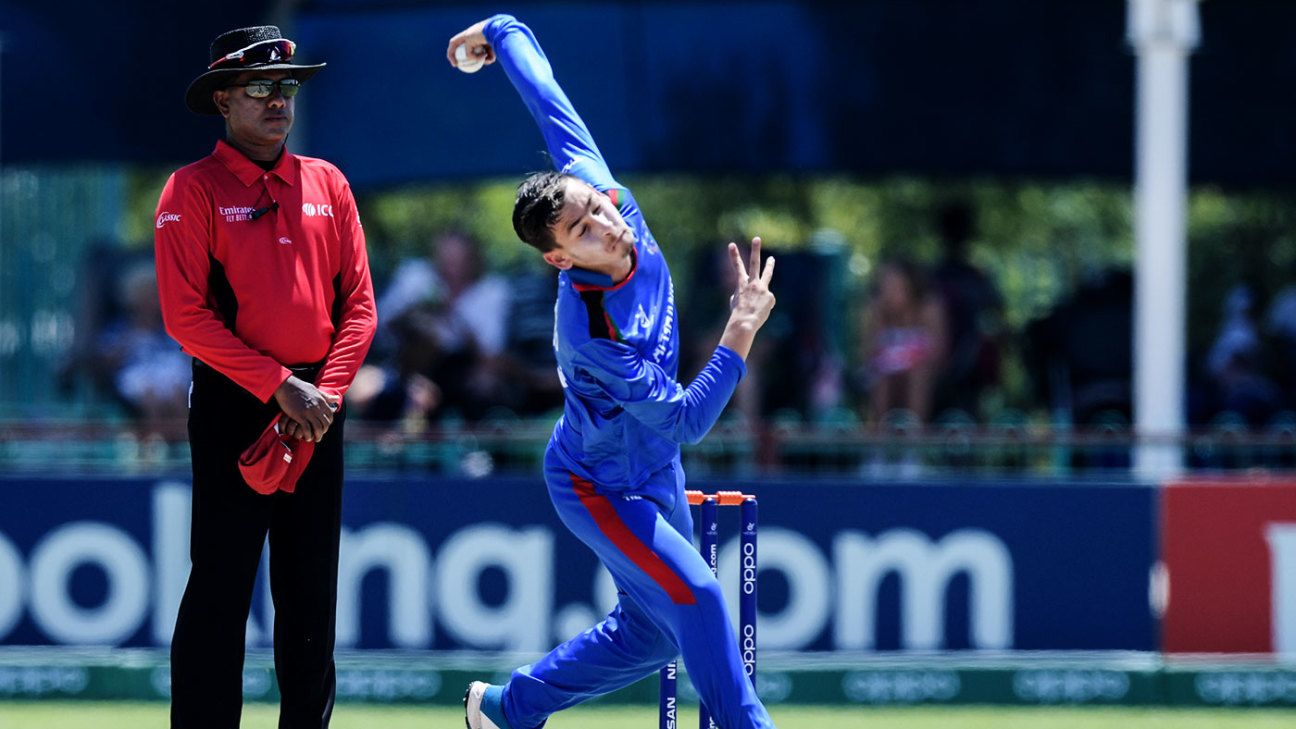 Squad was held up in Dubai, waiting on visas to fly to the Caribbean for the tournament that begins on January 14

The Afghanistan Under-19 men’s team is “very, very excited” after being cleared to travel to the Caribbean to participate in the World Cup, which starts on January 14.

Earlier in the week, there were doubts over Afghanistan’s participation in the 16-team tournament due to visa glitches, with the ICC Head of Events Chris Tetley stating that they had been working closely with the ACB and other relevant stakeholders “to try and find a resolution to the problem and allow the team to travel.” As a result, Afghanistan’s two warm-up games, against England on January 10 and UAE on January 12, were cancelled.
Afghanistan squad had arrived in Dubai on December 20 to participate in the Under-19 Asia Cup, which took place between December 23-31. With the UK embassy in Kabul currently shut, the ACB had decided that the players and support staff would apply for visas in the UAE to travel to the World Cup.

However, the uncertainty over the visas mounted as the days passed and a potential scenario of Afghanistan failing to travel to the World Cup was not ruled out until late on Monday before the UK government finally granted the necessary transit visas minutes before its consulate closed in Dubai. It is learned the Afghanistan group would take an early flight from Dubai early morning on January 12 to Manchester followed by a connecting flight to the Caribbean.

“When they heard the news they were very, very excited,” Raees Ahmadzai, Afghanistan U-19 head coach, told ESPNcricinfo. “It was the best news for all these young boys. They want to do something very special in the World Cup.”

This is the second straight Under-19 World Cup for Ahmadzai as head coach. Afghanistan finished seventh in the previous edition of the tournament in 2020. With both the warm-up matches cancelled due to the travel delay, their biggest challenge now is the absence of any preparation as they had only “3-4 days practice” after the Asia Cup.

But what’s more important, according to Ahmedzai, is the fact that Afghanistan will participate in the tournament.

“I will say it is good news. We will adjust ourselves there, but participating in the World Cup is something very special for the fans, for the lovers of cricket in Afghanistan, for the country. It is something very special in this kind of situation right now back in our country because the whole young generation, they are waiting and they are very excited to see Afghanistan in the World Cup. Cricket is more than a game for us now.”

Ahmadzai said the players have been boosted by their performance in the close defeat against India in the Asia Cup. Afghanistan set a target of 260 which India surpassed with four wickets in hand and eight balls to spare in the group-stage match.

“They realised if they are more focused and remain positive during the game they can beat any team in the World Cup. That game gave very good morale to our players.”

Afghanistan’s maiden appearance at the tournament was in 2010. Their best performance in the tournament came in 2018 in New Zealand, when they made the semi-finals.

“At the junior level if you representing the country for the first time or participating in the World Cup it is something very special for the players. That is why they came out of their rooms today and celebrated in a special way (after the visa clearance).”

Afghanistan are placed in Group C alongside Pakistan, Zimbabwe and Papua New Guinea. The top two teams from the pool qualify for the quarter-finals, while the bottom two from each pool will compete in a playoff round. As things stand, Afghanistan are set to open their campaign on January 16 against Zimbabwe in Trinidad.