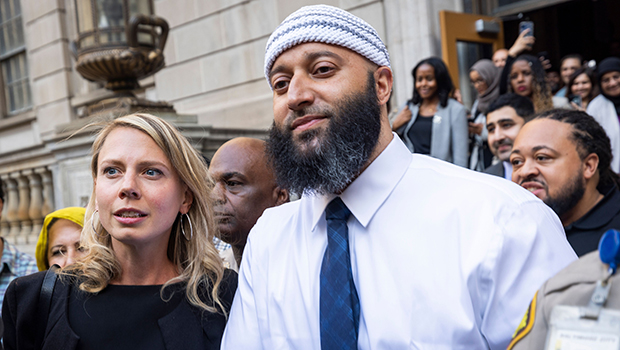 Adnan Syed, 41, was convicted of the first-degree murder of his former girlfriend Hae Min Lee in Feb. 2000 and sentenced to life in prison. Now, 22 years after the ruling, he has been set free. Adnan’s conviction was vacated on Sept. 19, 2022 by Baltimore Circuit Court Judge Melissa Phinn because she believes the defense team was not given all the evidence they needed for Adnan’s case, per the New York Post. Plus, there are two other suspects connected to the case who were never ruled out of the investigation.

Furthermore, per CNN, Adnan’s DNA was not found on any of the 12 samples taken from Hae’s body or car that were tested. The tidbit was revealed by one of Adan’s attorneys in the 2019 HBO docuseries The Case Against Adnan Syed. So, who is the man who has potentially been falsely imprisoned for 22 years? Read on to learn five facts about Adnan Syed and his case.

Adnan Is Not Completely Free

Adnan has maintained his innocence since he was arrested when he was just 17 years old. And although he has now been released from prison, he’s not a completely free man. Adnan’s release is based upon Judge Phinn’s belief that Adnan’s trial was unfair, and prosecutors have 30 days to dismiss his case or ask for a new trial. For the time being, he must wear an ankle monitor with GPS tracking.

“We’re not yet declaring Adnan Syed is innocent,” Baltimore City State’s Attorney Marilyn Mosby said in a statement, per CNN. “But we are declaring that in the interest of fairness and justice he is entitled to a new trial.”

Adnan Was Pleasantly Surprised By His Release

“He said he couldn’t believe it’s real,” Adnan’s attorney Erica Suter told reporters after his conviction was thrown out, per the New York Post. His mother was thrilled to have her son back, at least temporarily, and was photographed with a huge grin on her face as she gave him a warm hug.

Adnan’s Case Was At The Center Of A Popular Podcast

Adnan’s case first gained notoriety in 2014 when it was the subject of the first season of Sarah Koenig‘s true crime podcast, Serial. Sarah dug into his case and found faults in Adnan’s defense and the evidence used against him. The case gained widespread attention thanks to the 12-part true-crime series and even won a Peabody Award, per The Guardian. In 2016, shortly after Sarah’s podcast exploded on iTunes, a lower court judge motioned for a retrial, but that was eventually denied by the Maryland supreme court.

Not Everyone Is Happy Adnan Is Out Of Prison

Although many people who had their doubts about Adnan’s conviction are glad he has a chance at being a free man, the victim’s brother, who was strangled to death in 1999, feels “betrayed”, according to The Post. “This is not a podcast for me. This is real life,” he said during the hearing on Sept. 19.

Maryland’s state attorney said she understands the brother’s frustrations, but said Adnan deserves another fair chance at proving his innocence. “I also understand the importance as the administer of the criminal justice system to ensure equality and justice and fairness,” she said in a press briefing. “That is entitled to the defendant, as well.”

Adnan Is From Baltimore

Adnan was born in Baltimore, Md. on May 21, 1981, per The Sun. He is Muslim and his ancestral roots are in Pakistan.