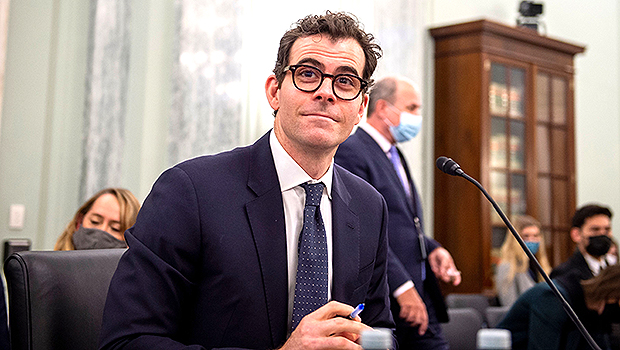 If some of your favorite fashions from the 2022 Met Gala don’t end up on Instagram, then Adam Mosseri didn’t do his job. Adam, 39, is one of the honorary hosts of the May 2 event at the Metropolitan Museum of Arts in New York City, joining Vogue’s Editor In Chief Anna Wintour and designer Tom Ford. The event’s co-chairs include Blake Lively and her husband, Ryan Reynolds. Lin-Manuel Miranda and Regina King also serve as co-chairs for this return to form for the Met Gala.

The 2022 event marks the return of the Met Gala in its usual time slot. Generally held on the first Monday of May, the 2020 event was canceled, while the 2021 installment was held in September. This year’s theme — “In America: An Anthology of Fashion” – should see plenty of celebs clad in expensive fashions since the dress code is “gilded glamour and white tie.” The looks should be perfect for your favorite celeb’s Instagram Story, so here’s what you need to know about the IG exec hosting this year’s event.

Adam Mosseri Is An American Executive

Adam was born and raised in New York, according to TechCrunch. He attended NYU’s Gallatin School of Interdisciplinary Study to learn about media and information design. His father is reportedly Israeli, meaning that Adam has dual U.S. and Israeli citizenship. Adam is also married and has two sons.

Adam graduated with a bachelor’s degree in 2005, right before he began his career at another social media giant.

After working at a startup called TokBox, Adam joined Facebook in 2008 as a mobile design director. He was first tasked with helping Facebook adapt to the mobile world. Since then, he’s “become part of Zuckerberg’s inner circle of friends and lieutenants,” according to TechCrunch. He moved into product management and oversaw Facebook’s News Feed.

Celebrities With Coronavirus: See Who Has Had COVID-19

“We are thrilled to hand over the reins to a product leader with a strong design background, and a focus on craft and simplicity — as well as a deep understanding of the importance of community,” Instagram’s co-founders CEO Kevin Systrom and CTO Mike Krieger, wrote in a 2018 statement after their surprise departure, per Variety. “These are the values and principles that have been essential to us at Instagram since the day we started, and we’re excited for Adam to carry them forward.”

Facebook purchased Instagram in 2012 for a reported $1 billion. TechCrunch reported that the co-founders dealt with “dwindling autonomy from Facebook and rising tensions with its CEO Mark Zuckerberg” before leaving.

He’s Come Under Fire In The Past

Adam was at the wheel when “fake news” ran rampant throughout Facebook during the 2016 election. He also oversaw Facebook Home, a mobile operating system that didn’t take off.

“The most important lesson to me,” Adam told NPR in 2019, “is that when you build a new feature or idea – we’ll come up with something benign – let’s say events on Facebook didn’t exist, and we’re like, oh, we’re going build events. It’ll be great. People will be able to schedule a time and get together and hang out in the real world. That’s awesome. That’s exciting. We should be enthusiastic about that, but we need to also think about how events might be misused. Could spammers use it to try and get people to – I don’t know – buy fake iPads? Or could people use it to try to get people that they want to meet in real life in nefarious ways? You have to approach it with, like, an adversarial mindset.”

“We’ve realized that we have a lot of responsibility to understand how our platform is used and to address any abuses whenever possible,” he added. “There is another tension, though, where we want to be careful about overstepping. There are certain things that we cannot and should not do, given our scale.”

His Younger Brother Is A Composer

Adam’s brother is Emile Mosseri, a composer, pianist, singer, and producer. His work has scored films like The Last Black Man in San Francisco, Kajillionaire, and When You Finish Saving The World.