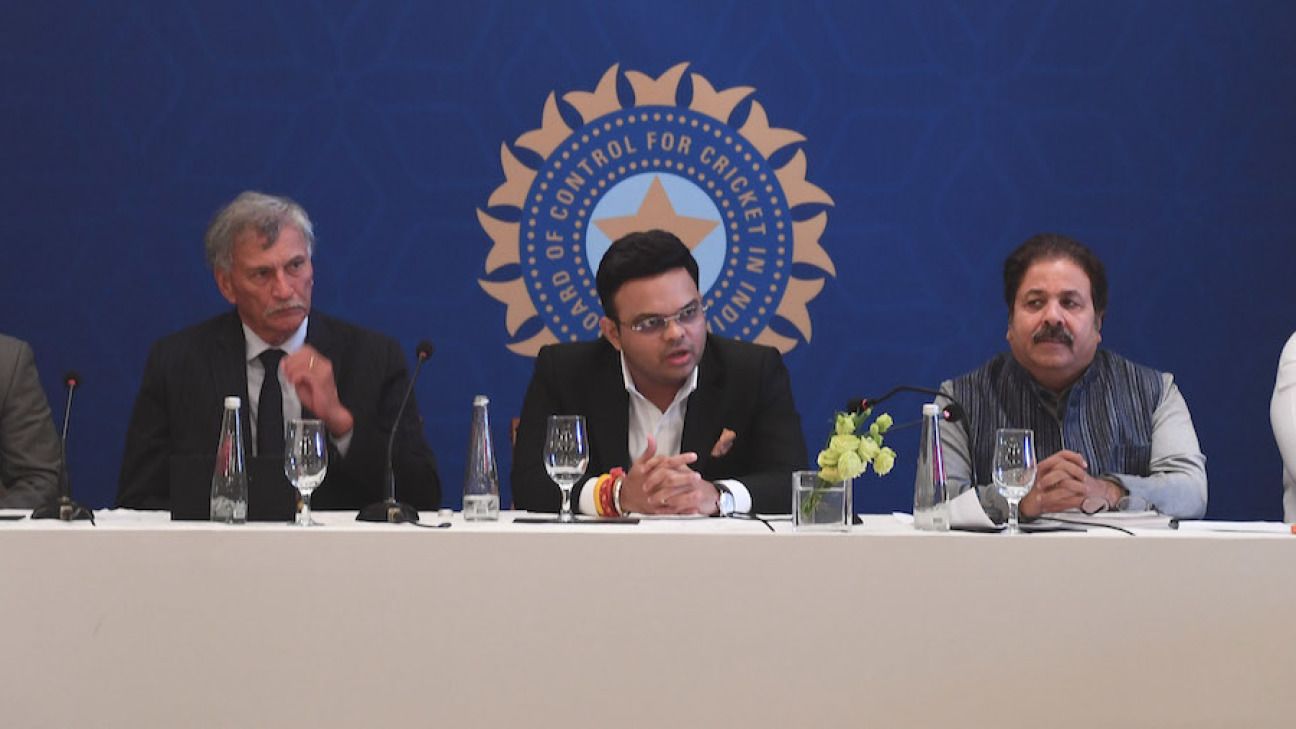 The Asian Cricket Council (ACC) has rejected PCB chairman Najam Sethi’s claim that ACC president and BCCI secretary Jay Shah “unilaterally” announced the ACC calendar of events for 2023 and 2024 without informing the Pakistan board.

On Thursday, Shah in his capacity as ACC president announced details of all ACC competitions over the next two years. “Presenting the @ACCMedia1 pathway structure & cricket calendars for 2023 & 2024!” he tweeted. “This signals our unparalleled efforts & passion to take this game to new heights. With cricketers across countries gearing up for spectacular performances, it promises to be a good time for cricket.”

Sethi quote-tweeted Shah later on Thursday, with some sarcasm: “Thank you Jay Shah for unilaterally presenting ACC structure & calendars 2023-24 especially relating to Asia Cup 2023 for which Pakistan is the event host. While you are at it, you might as well present structure & calendar of our PSL 2023! A swift response will be appreciated.”

Thank you @JayShah for unilaterally presenting @ACCMedia1 structure & calendars 2023-24 especially relating to Asia Cup 2023 for which is the event host. While you are at it, you might as well present structure & calendar of our PSL 2023! A swift response will be appreciated. https://t.co/UdW2GekAfR

A day later, the ACC put out a statement saying the PCB had been informed about these details via email on December 22, 2022, but no response had been received.

“It has come to our knowledge that PCB Chairman Mr. Najam Sethi has made a comment on the ACC President unilaterally taking the decision on finalising the calendar and announcing the same,” the ACC statement said. “The ACC wants to clarify that it has followed established due process. The calendar was approved by its Development Committee and Finance & Marketing Committee in a meeting held on December 13th, 2022.

“The calendar was then communicated to all the participating members individually, including Pakistan Cricket Board (PCB), via an email dated December 22nd, 2022. While responses were received from certain Member Boards, no comments or suggested modifications were received from PCB. In view of the above, Mr. Sethi’s comments on a social media platform are baseless and are vehemently denied by the ACC.”

The ACC’s Development Committee and Finance & Marketing Committee – the bodies that approved the ACC pathway structure and calendar – do not contain any representation from Pakistan. And the day the mail was sent to the PCB – December 22 – was a day of considerable tumult in Pakistan cricket: Sethi replaced Ramiz Raja as head of the board that very day.

Speaking to Sports Tak, Sethi insisted the PCB had not received that communication, or that he had not been made aware of it. “I am not angry, I am confused,” he said. “They could’ve made one call to us, consulted with us. Doing these things unilaterally is not good when there is a council for it. As far as I am aware they didn’t consult anybody. Does this mean when I become president next, I will also make these decisions from my home?”

Sethi revealed in fact that the PCB’s CEO (although that position does not exist in the current administration) Faisal Hasnain had reached out to the BCCI several times to set up a meeting but had received no response. He also made a plea for politics to be kept out of cricket ties between the two countries.

Tensions had been simmering between the two boards during Ramiz’s tenure as PCB chairman and specifically over the venue of the 2023 Asia Cup, which is scheduled for September. Pakistan are the slated hosts of the event but that was thrown into uncertainty when Shah, soon after a BCCI meeting last October which he presided over, said the 2023 Asia Cup would move to a neutral venue because India could not travel to Pakistan. Since then, there has been no clarity over where the Asia Cup would be played this year.

“On one hand you say you want Pakistan to come to India for the World Cup but also say we don’t want to play in Pakistan for the Asia Cup. When the Champions Trophy happens in Pakistan (in February 2025) will they not play that as well? We should keep politics away from this. BCCI is an independent board. Our board is not even independent, we are a government institution, so we have to get advice from them all the time.

This is merely the latest example of the deterioration of ties between the two boards, as a result of poor political ties between the two countries. India and Pakistan have not played each other in a bilateral series since 2012-13, when Pakistan toured India for a limited-overs series. Their encounters have been limited to ICC and ACC events, and while the India men’s team have not played any match in Pakistan since 2008, Pakistan last travelled to India for the 2016 T20 World Cup.

Shafali ‘not going to be satisfied’, sets sights on senior World Cup