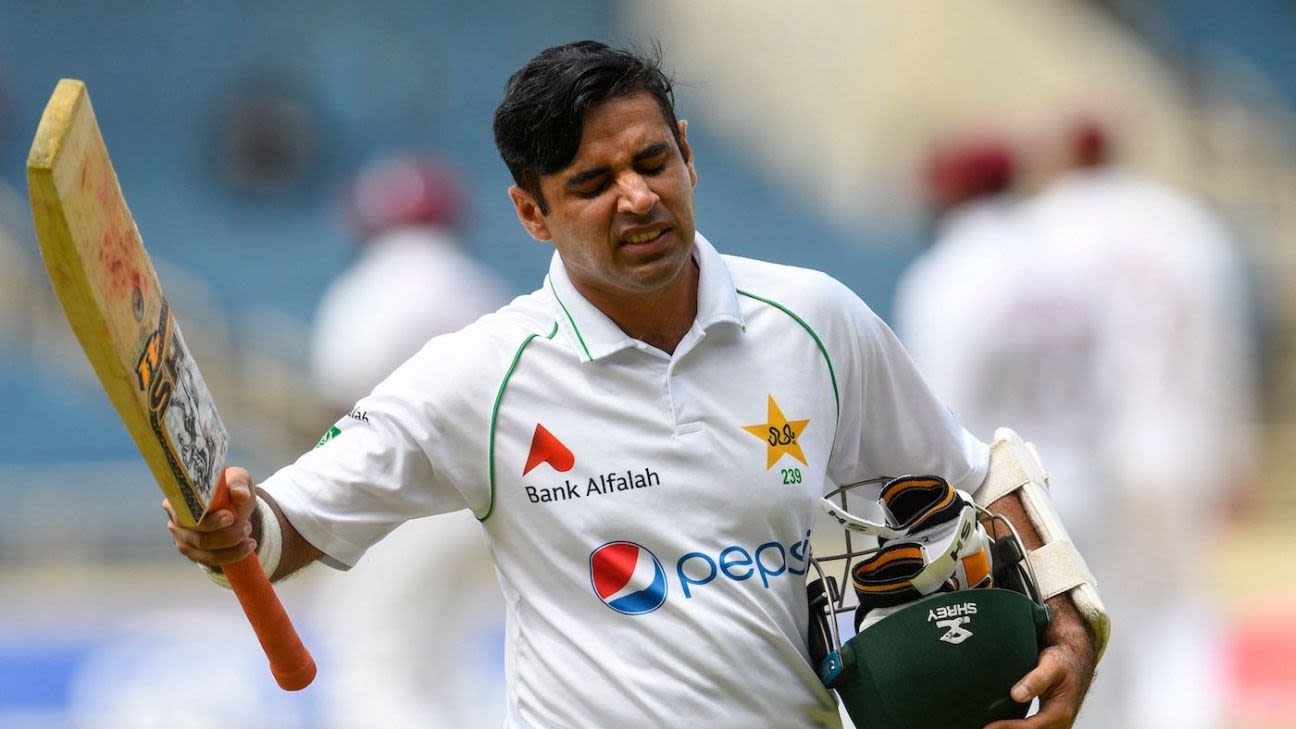 Abid had been on conservative cardiac rehabilitation since December last year and was allowed to play a local T20 tournament in Faisalabad recently. He started with walking on treadmills and was gradually allowed to run at a certain pace in the field. He started hitting the nets last month at the High Performance Centre in Lahore and he was cleared to play competitive cricket by the PCB after undergoing several tests.

“I am really excited to be back with the prospect of playing for Pakistan again,” Abid told ESPNcricinfo. “Doctors cleared me to go back in the field and I can finally return to live a normal life. I will be on medicines for some time because of the stents implanted but overall, physically, I am feeling great. I am diving, running, jogging, batting and it’s really great to be normal again. There were doubts if I could play again with a heart condition but I didn’t lose hope. I stopped thinking about cricket for some time and focused on regaining a healthy life first. It was tough but the recovery has been great with all the extensive rehabilitation.”

In Abid’s absence, Pakistan had to rejig the opening combination in Tests by promoting Imam-ul-Haq to partner Abdullah Shafiq, with Shan Masood as third opening option. Pakistan’s next Test series is in Sri Lanka in July-August and it’s too early to say if the selectors will consider Abid for that. Pakistan currently have an off-season going on with the domestic season set to start in September, and there is hardly any competitive cricket coming up for Abid to prove his form. But the batter is upbeat about using this time to get fitter.

“I am not sure what is the status of my national selection right now but I am fully set for my comeback,” Abid said. “PCB has been of great help throughout, taking very good care of me. I am thankful for their support and guidance. For now, I started with the shorter format by playing three-four games in the Ramzan tournament in Faisalabad and it went well.

“These two games have given me confidence to revive my cricketing career. This is just the start and I am working hard on my fitness to stay in contention for selection. I had a good last series scoring good runs (against Bangladesh) and was in good nick when I fell in Karachi (with chest pain). I need to work very hard to catch up on the lost time and I am quite hopeful that I will be able to achieve that. I still have a lot of cricket left in me and I don’t want to sit back. Cricket has been my life.”

Abid last played completive cricket in December when he returned to his domestic side, Central Punjab, following the Bangladesh tour, where he was Player of the Series for the Tests after scoring 263 runs at 87.66. He was playing his sixth first-class game of the season and had scored 766 runs at an average of 51.89 with three hundreds. On the last day of the game against Khyber Pakhtunkhwa at the UBL Sports Complex in Karachi, he had crossed a half-century when he complained of discomfort around his shoulder and chest area before he was rushed to the hospital. Since his angioplasty, he was under the care of a consultant cardiologist who is liaising with the PCB medical team for his treatment.
He made his Test debut against Sri Lanka in Rawalpindi in 2019 after spending 12 years in domestic cricket for 7116 runs in 106 first-class games. He began his Test career at the age of 31 with a century, and also became the only player in history to reach three figures on both Test and ODI debuts.