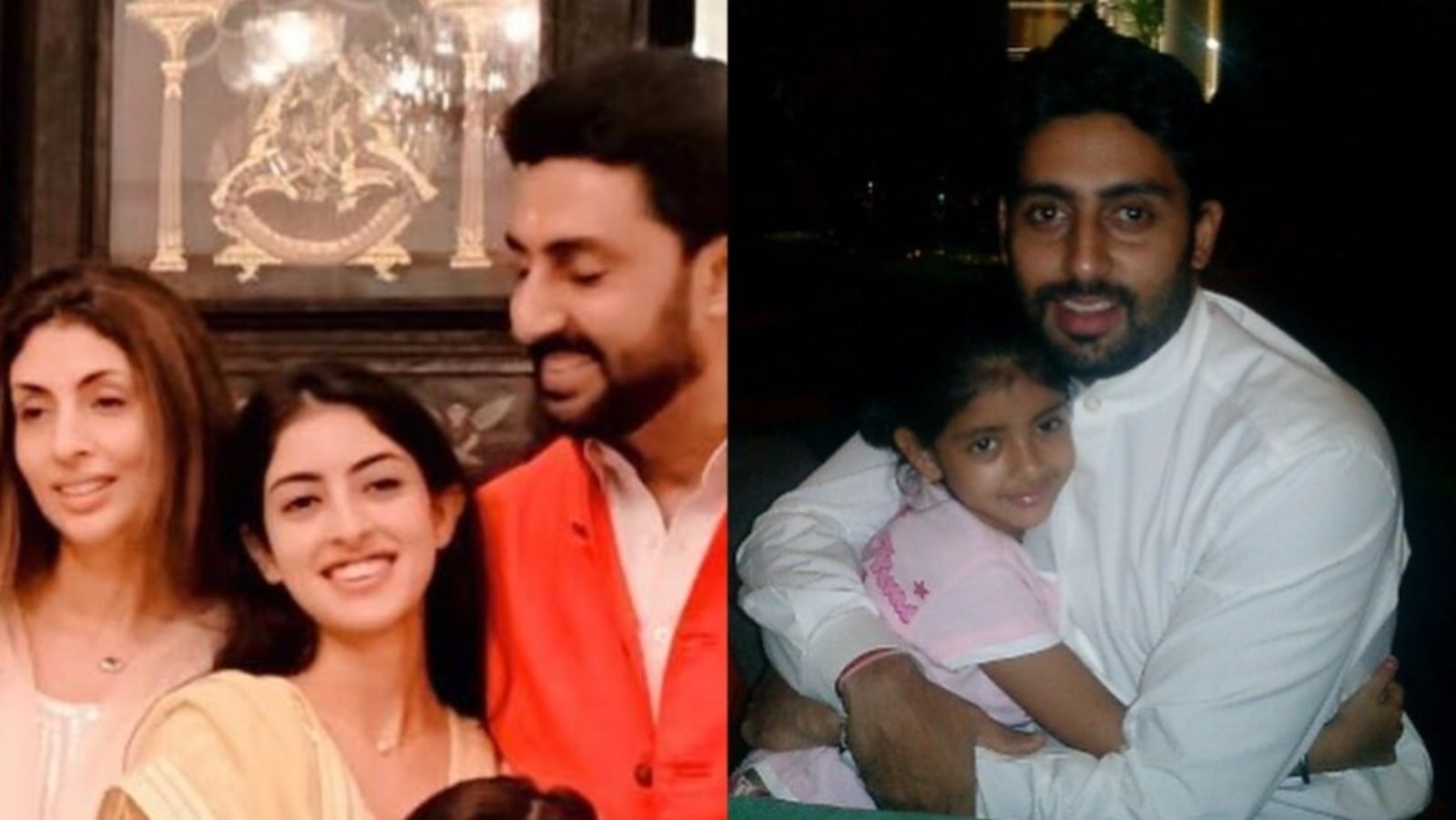 Actor Abhishek Bachchan wished his niece Navya Naveli Nanda as she celebrated her 25th birthday on December 6. Taking to Instagram on Tuesday, Abhishek posted a throwback photo featuring himself and Navya Naveli Nanda from her childhood. Shweta Bachchan also reacted to their photo, and shared a birthday post for her daughter. (Also Read | Navya Nanda reveals how Abhishek Bachchan defuses tension between Jaya Bachchan, Shweta Bachchan)

In the photo, Abhishek and Navya hugged and smiled as they sat next to each other. While Abhishek wore a white outfit, Navya was seen in a pink dress. Sharing the picture, Abhishek captioned the post, “Happy birthday to my music partner! Love you @navyananda.”

Shweta also posted a monochrome picture of Navya on Instagram as she wished her daughter. In the photo, Navya stood with her side to the camera and looked ahead. She had a serious expression on her face as she folded her hands. Navya wore a black outfit in the photo.

Navya is the elder child of Shweta and her husband-businessman Nikhil Nanda. They also have a son Agastya Nanda. Navya recently held her podcast, What The Hell Navya, which featured Shweta and Jaya Bachchan. The show aired on her YouTube channel.

In one of the episodes, Navya revealed how Abhishek defuses tension at home. Jaya told Navya, “Yesterday you were not there, so you missed out a lot of action on the dining table.” Shweta asked, “What did I do?” Jaya replied, “You didn’t do anything… (we had a discussion) and then mamu (Abhishek Bachchan) started playing music, and was saying, ‘Swetdi (Shweta), play this music for mumma’.”

Navya asked, “To defuse (the sitaution)? Mamu always does that. Every time he sees that the tensions are rising, he starts playing some music. And it is always not calming music. It’s always some house tech music…”