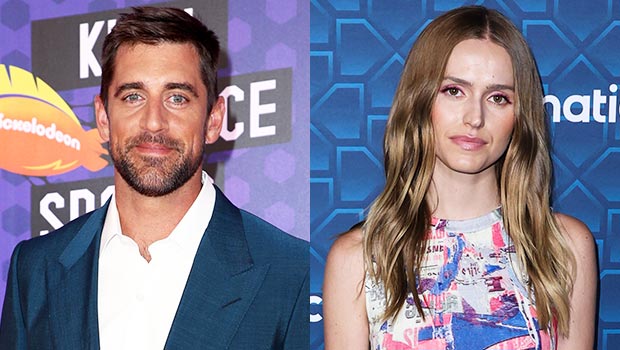 Aaron Rodgers, 39, has apparently romantically moved on! The Green Bay Packers player is now dating Mallory Edens, according to TMZ. The athlete and the daughter of one of the owners of the Milwaukee Bucks first speculated romance rumors when they were seen on outings together and now sources at the outlet have confirmed that they are indeed more than friends.

“Well it has finally happened. Mallory Edens has had her eye on Aaron Rodgers for a very long time. Mallory has always wanted to be in the public eye. It looks like she might’ve found her ticket,” a source recently told SportsGossip.com. “Mallory was at the Packers last game, and she was supporting her new boyfriend and favorite team by wearing their gear. Nothing says I’m all in like throwing on your boyfriend’s teams’ gear.”

Aaron and Mallory have been facing relationship rumors on and off for a while after sitting courtside at basketball games on a number of occasions. One of the most recent games in Milwaukee, WI, on Dec. 2, when the home team, the Bucks, went against the Los Angeles Lakers. The two of them looked content and comfortable together as they clapped and had conversations with each other throughout the fun event.

The appearance also happened to fall on Aaron’s birthday, but it wasn’t the first game they enjoyed. They were previously seen at a game in Apr. and even as far back as 2019.

Aaron and Mallory’s reported romance comes after the former had an on and off romance with Shailene Woodley. They first started dating in 2020 and eventually got engaged. They split for the first time in Feb. 2022 but they quickly got back together to give it another try. By Apr. 2022, however, it seemed things were done for good. “Shailene tried to give it another shot and was spending time with Aaron,” a source told E! News at the time. “But she quickly saw that everything was on his terms and nothing was going to change. There was no reason to continue and she’s done with it again.”