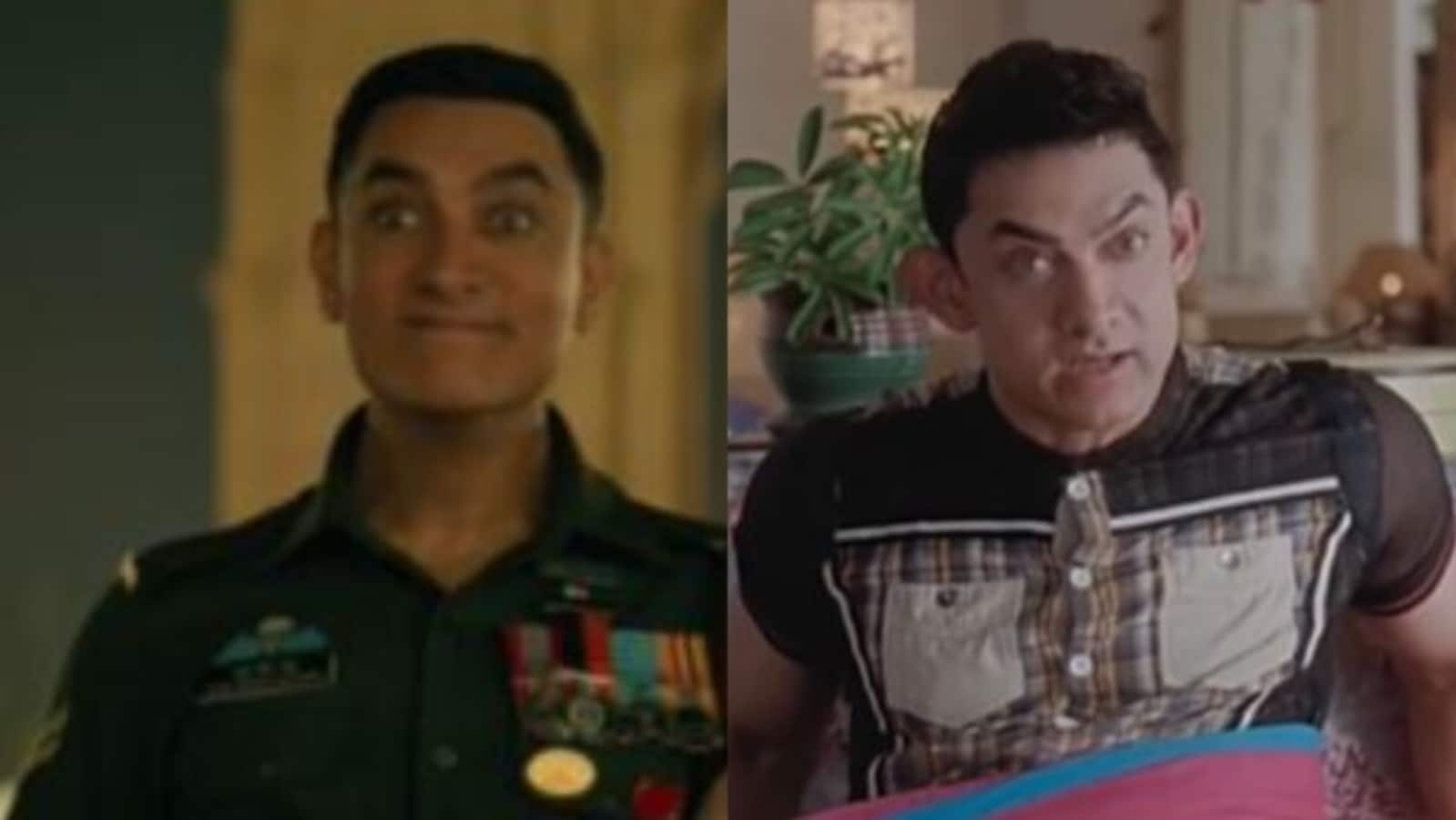 Actor Aamir Khan has reacted to the audience finding similarities in his acting in his upcoming film Laal Singh Chaddha and his older movie PK. During a media interaction, Aamir said that there is only one similarity between his characters–Laal and PK. The actor asked his fans to watch the entire movie and then decide for themselves. (Also Read | Laal Singh Chaddha: Internet says it’s tired of Aamir Khan’s same expression in all his films)

After the trailer launch of Laal Singh Chaddha in May, fans expressed their disappointment on social media platforms. Several people talked about Aamir giving similar expressions of popped-eyes seen in his movies such as PK, 3 Idiots and Dhoom 3. A Reddit user shared photos of Aamir with widened eyes and wrote, “There’s something so similar about all these roles even though they’re fundamentally different characters. I don’t know whether it’s Aamir being caricaturish or what.. but it’s getting repetitive and difficult to watch.”

Speaking to the media, as quoted by Pinkvilla, Aamir said, “I think you all should watch the film and then decide. I will tell you why, because there is one similarity in Laal and PK and that is innocence. Laal is innocent and so is PK. This is a very strong quality that both of them possess. So, in the trailer, you might not be able to see the difference which you will see in the whole performance. Toh jab aap Laal ka poora performance dekhenge toh I am hoping ki dono characters aapko bohot innocent lagein but woh aapko alag kirdar lagega. Woh aapko PK nahi lagega, mere hisab se. (When you will watch the film, I am hoping that you spot the same innocence in PK and Laal but you realise they are two different characters. As per me, you won’t feel it’s PK).”

In PK (2014), Aamir plays an alien who comes to Earth on a research mission. The film also stars Anushka Sharma, Sushant Singh Rajput, Sanjay Dutt, Boman Irani and Saurabh Shukla. A comedy-drama film, PK is directed by Rajkumar Hirani and written by Rajkumar and Abhijat Joshi.

Helmed by Advait Chandan, Laal Singh Chaddha is scheduled to release on August 11. The film is an official Hindi adaptation of the Academy Award-winning 1994 film Forrest Gump, which had Tom Hanks in the lead role. Apart from Aamir, Kareena Kapoor, Mona Singh and Naga Chaitanya are also a part of Laal Singh Chaddha.