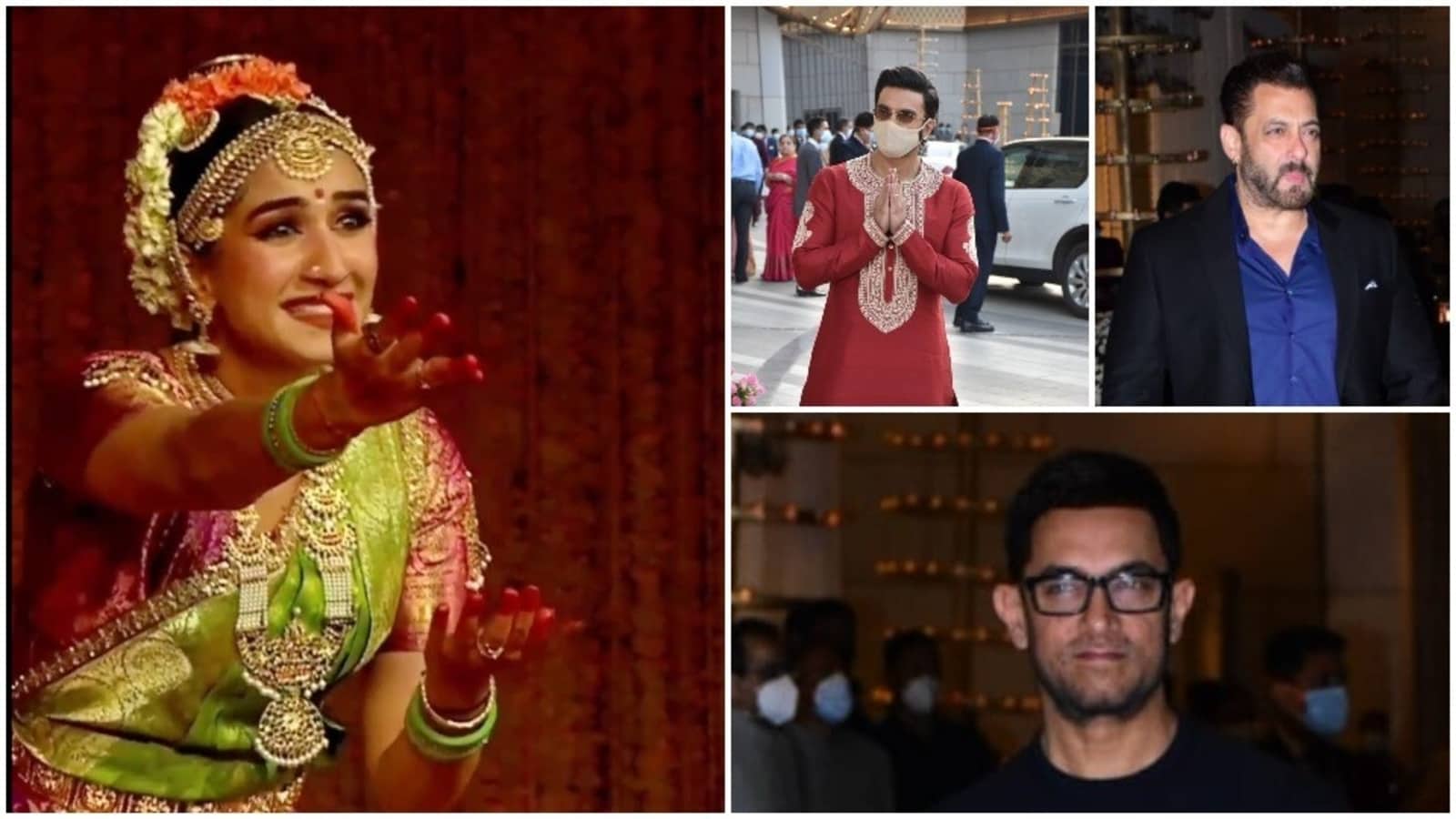 Actors Aamir Khan, Ranveer Singh, and Salman Khan attended the Arangetram ceremony of Anant Ambani’s fiance Radhika Merchant. Anant is the son of Mukesh Ambani and his wife Nita Ambani. Arangetram is the first time a person performs on stage to showcase their talent and training. (Also Read | When Shah Rukh Khan taught Aamir Khan how to smoke in front of Amitabh Bachchan: ‘First, start smoking at a distance’)

Several other Bollywood celebs were also seen at the event hosted by the Ambani family at Jio World Centre in Mumbai. Rajkumar Hirani, Meezan Jaffery, Sagarika Ghatge and Zaheer Khan were some of the guests at the event.

After arriving at the event, Aamir smiled and posed for the paparazzi. The actor was dressed in a black T-shirt, denims and black shoes. He also carried a jacket and wore glasses.

Salman Khan, who arrived from Abu Dhabi, opted for formals for the event. The actor came towards the paparazzi and took off his mask. He then posed for the camera. Salman wore a dark blue shirt, with black pants and a matching jacket and shoes.

Ranveer Singh arrived at the event in ethnic wear. He wore a rust coloured kurta, pyjama, brown joothies, a mask and dark glasses. Posing for the paparazzi he also folded his hands, gave a thumbs up and saluted them. Before walking away, Ranveer also made a fist for the camera.

Meanwhile, Aamir will be seen in Laal Singh Chaddha which is an adaptation of Tom Hanks’ film Forrest Gump. Directed by Advait Chandan, the film also features Kareena Kapoor Khan, Mona Singh and Naga Chaitanya. The film is backed by Viacom18 Motion Pictures and Aamir Khan Productions and is scheduled to be released in theatres on August 11.

Ranveer was last seen in Jayeshbhai Jordaar. He is currently filming Rocky Aur Rani Ki Prem Kahani, a film directed by Karan Johar and starring Alia Bhatt. The movie will release in theatres in February of next year.