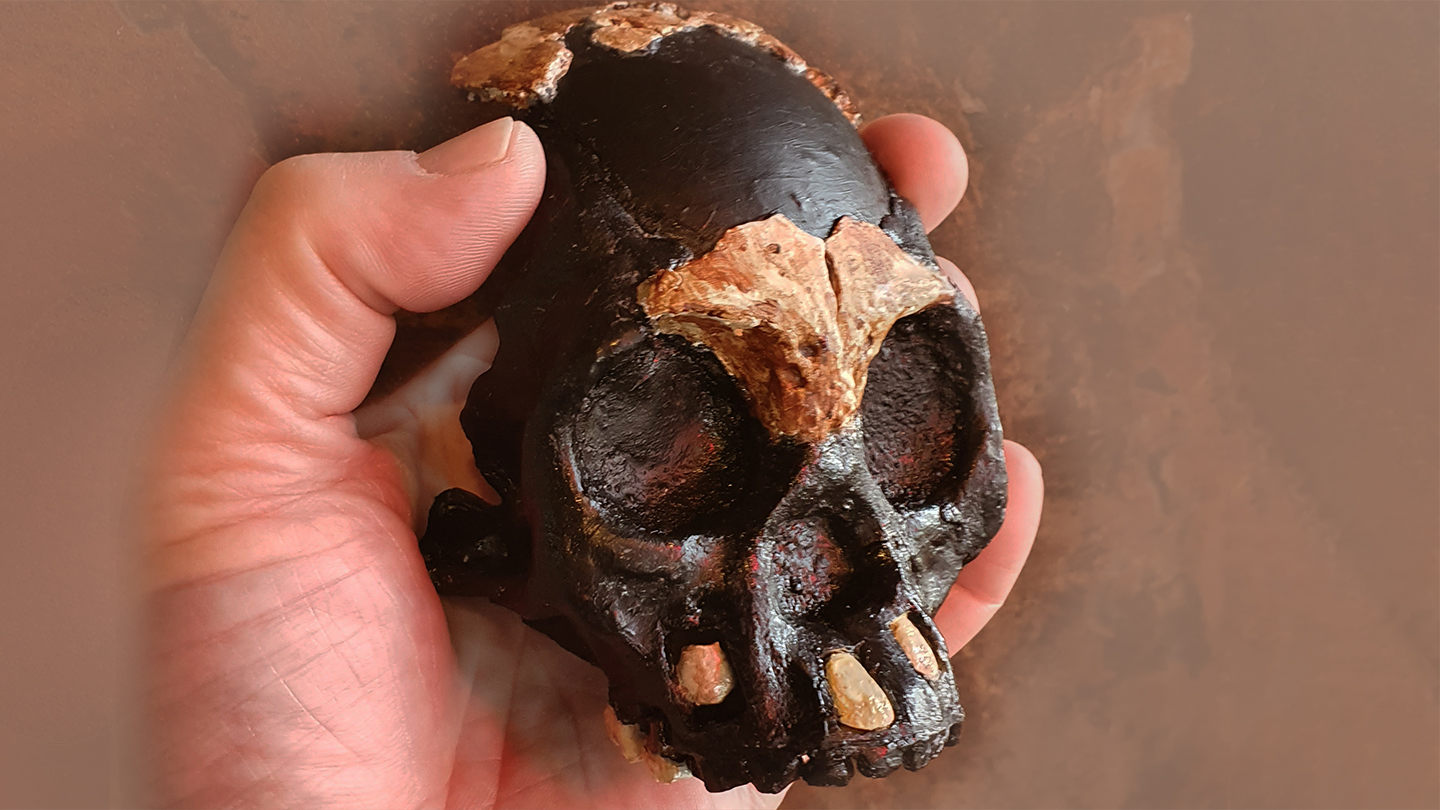 A child’s partial skull found in a remote section of a South African cave system has fueled suspicion that an ancient hominid known as Homo naledi deliberately disposed of its dead in caves.

An international team led by paleoanthropologist Lee Berger of University of the Witwatersrand, Johannesburg pieced together 28 skull fragments and six teeth from a child’s skull discovered in a narrow opening located about 12 meters from an underground chamber where cave explorers first found H. naledi fossils (SN: 9/10/15). Features of the child’s skull qualify it as H. naledi, a species with an orange-sized brain and skeletal characteristics of both present-day people and Homo species from around 2 million years ago.

“The case is building for deliberate, ritualized body disposal in caves by Homo naledi,” Berger said at a November 4 news conference held in Johannesburg. While that argument is controversial, there is no evidence that the child’s skull was washed into the tiny space or dragged there by predators or scavengers (SN: 4/19/16).

Berger’s group describes the find in two papers published November 4 in PaleoAnthropology. In one, Juliet Brophy, a paleoanthropologist at Louisiana State University in Baton Rouge and colleagues describe the youngster’s skull. In the other, paleoanthropologist Marina Elliott of Canada’s Simon Fraser University in Burnaby and colleagues detail new explorations in South Africa’s Rising Star cave system.

Researchers nicknamed the new find Leti, short for a word in a local South African language that means “the lost one.” Leti likely dates to the same time as other H. naledi fossils, between 335,000 and 236,000 years ago (SN: 5/9/17). Berger’s team suspects Leti died at about age 4 to 6 years based on the rate at which children grow today. But that’s a rough approximation as the scientists can’t yet say how fast H. naledi kids grew.