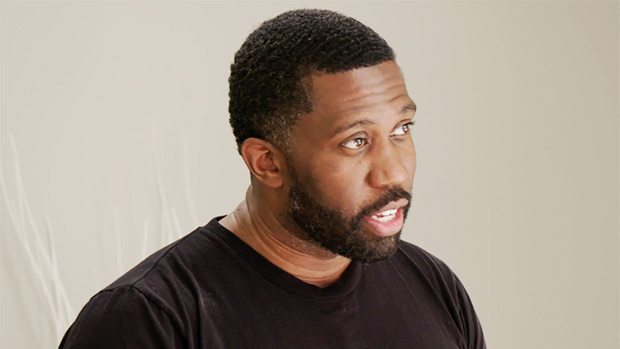 Bilal not showing Shaeeda his real home has been a major subject of concern for the couple. In this EXCLUSIVE preview of the April 28 episode of 90 Day Fiance, Bilal finally brings Shaeeda to his house. Bilal shows Shaeeda her room, and she nearly bursts into tears.

“Last night, I felt like an elephant was on my shoulder, so much was on my mind, but now I feel like it’s easier to breathe now seeing what he welcomed me to and what we have together now. But moving forward, I will always be a little skeptical when it comes to trusting what he says 100 percent,” Shaeeda admits.

Bilal explains that the other house he brought her to was the house he grew up in. He wanted her to see his roots. “All of that makes up who I am. I wanted to show you that because I wanted to also talk about appreciation,” Bilal says. He brings up a hypothetical situation where he’s a millionaire who lost everything. He wants to know if Shaeeda would stand by him if that happened.

“How you were last night, it kind of took my surprise. However, you made up for it this morning for sure,” Bilal tells Shaeeda. She replies, “We still have a lot of things to talk about.” That’s something they can both agree on.

“Right now, I do feel relief, but part of me is still like, ‘Okay, you actually put me through hell. Some sort of twisted practical joke,’” Shaeeda reveals. “I came to KC and left everything behind, including my family. I trust him with my life, but this whole testing scenario feels like he don’t trust me, and I don’t want to be in a relationship with someone who does not trust me.” 90 Day Fiance season 9 airs Sundays at 8 p.m. on TLC.

’90 Day Fiance’ Updates: Couples Still In Love & Those Who Split