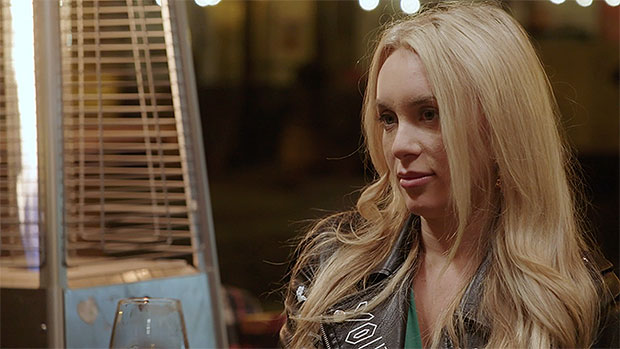 Jovi has a reunion with his friend Talmadge in this EXCLUSIVE preview of the November 13 episode of 90 Day Fiance: Happily Ever After. Yara is joining them for dinner, and Jovi isn’t sure how it’s going to go down.

“Talmadge and I had a fun past. You know, he took me to Ukraine for the first time when I went there. We partied for like 17 days in a row. We went out. We went to strip clubs, whatever. Normally, Yara doesn’t like any of my friends, so I’m not sure how they’re going to jive,” Jovi admits.

Yara sits down at the table, and Talmadge tries to make small talk. He says that she must be the woman who has taken Jovi away. “I don’t take him away. He take me away,” she says.

Talmadge is pretty shocked at how Jovi has settled down with Yara. “I didn’t think Jovi would meet a girl and then they would just carry on a relationship. I was super surprised that that actually happened,” Jovi’s friend says.

The conversation takes a turn when Talmadge begins telling a story about him and Jovi meeting some girls in the past and things got “crazy awkward” at one point. “You tell me you don’t meet there nobody,” Yara quips. “You lying to me.”

Jovi wants to change the subject and fast, but Yara wants to know more. She wants to know everything. “Nothing happened,” Talmadge says, defending Jovi. Jovi tells Yara, “We both had a previous life, okay?

’90 Day Fiance’ Updates: Couples Still In Love & Those Who Split

Needless to say, Yara is not happy about Jovi dating Ukrainian girls in the past. “He never told me about that,” she says. Every time she’s asked, Jovi will say that he’s only had one girlfriend before her. “What a liar,” she adds.

Talmadge asks Yara if this relationship with Jovi is “forever.” Yara quickly reminds Talmadge that she and Jovi have been together 4 years now and have a baby. New episodes of 90 Day Fiance: Happily Ever After air Sundays at 8 p.m. on TLC.