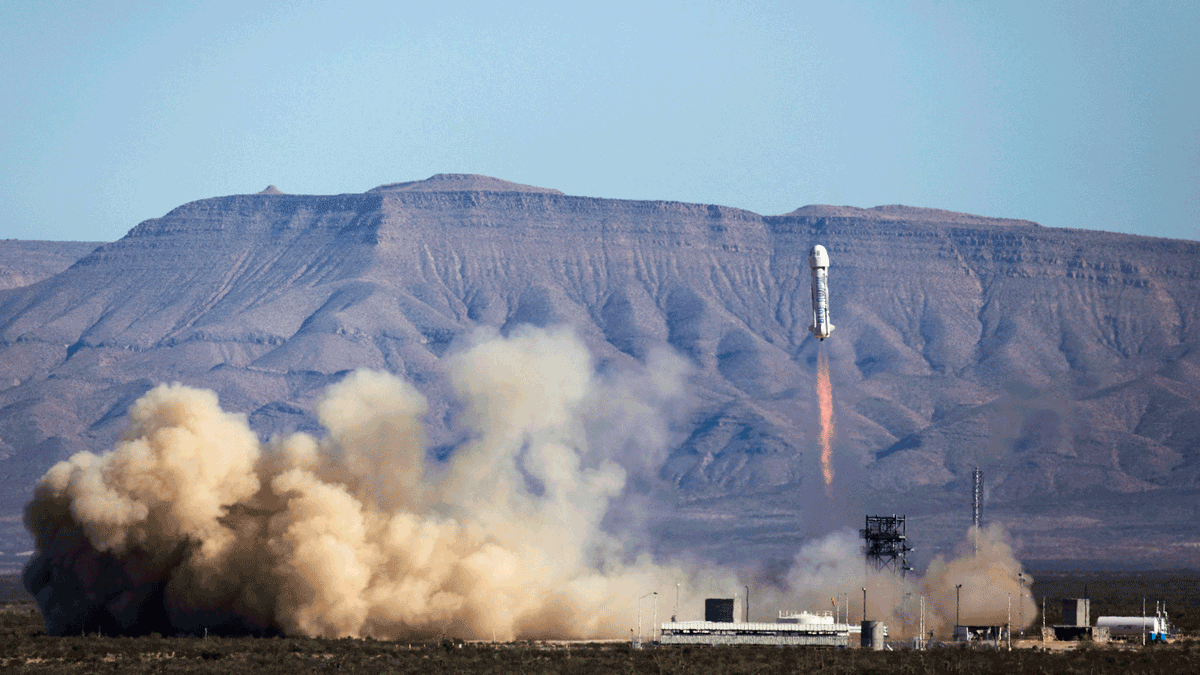 Got an aspiring astronaut or space enthusiast who would give anything to see a real, live rocket blast into space? Get ready to count down and feel the rumble of the engines! Whether you’re headed west to California or south to Florida—or somewhere in between—pack your bags and head to one of these amazing U.S. spaceports to see a rocket launch, up close and personal.

Note: Not all rockets are deemed “go for launch.” Space flights may be called off even as close to seconds before liftoff. So be flexible, and try to make your plans to allow a few days of a window to see a launch if it is delayed due to weather or mechanical failure.

The “It” spot for rocket launches, Kennedy Space Center not only has prestigious crewed and unmanned launches every few weeks from its Florida “Space Coast” complex—but it’s also one of the world’s best space museums in the country! That means, even if your coveted rocket launch is canceled or delayed (which happens frequently), your space cadets will have a blast learning about aerospace through a ton of hands-on, immersive experiences, including a simulated Space Shuttle launch and scheduled meetups with astronauts.

That said, if you’re lucky enough to catch a launch (the launch schedule is listed on the Kennedy Space Center website), the Center offers several exclusive Launch Viewing Packages to get you as close as you’re allowed to be when the countdown begins. Packages include admission/transportation to spectator areas as well as live commentary from experts leading up to and during the launch. To reserve your spot, check the Kennedy Space Center website.

Of course, you don’t have to be at the Kennedy Center to see the space capsule soaring toward the heavens. If you’d rather not pay to see the launch—or if seats have already sold out (which they will!)—there are many great spots along the coast that’ll still give you a great view of the action. Finding a prime spot sometimes takes a little research, as you’ll want to find a place that offers the best view for whatever rocket you’re hoping to see. (As a rule of thumb, find a viewing spot closest to the launch pad the rocket is taking off from—Kennedy lists its launch sites on the website.)

For a complete list of viewing spots—including a map of Kennedy and Cape Canaveral launch pads—check out Visitspacecoast.com.

Related: Stargazing 101: Your Guide to Mastering Astronomy with Kids

Cape Canaveral Air Force Station is just a few miles from Kennedy Space Center, so launches from both locations can be seen from Kennedy’s viewing areas. If you’ve already done Kennedy (or if it’s sold out) and you want to find your own spot along the seashore to watch the rockets fly, public spots include:

Space View Park (17 Orange St., Titusville, FL): This spot is especially good for launches from Complex 39A, with free parking and panoramic views across the water (See what it’s like with this Youtube video). This location also features various space monuments and the U.S. Space Walk of Fame, which takes visitors through the history of space exploration.

If you happen to be on the dusty stretch of the I-10 freeway headed to or from El Paso near the small Texas town of Van Horn—look up. If you’re lucky, you’ll catch a glimpse of a Blue Origin rocket barreling intrepid earthlings into a weightless wonderland. Blue Origin is Amazon founder Jeff Bezos’ space tourism company, and its launch pad sits inside a 165,000-acre middle-of-nowhere spaceport owned by the billionaire himself. Launches don’t happen often (check the Blue Origin website to learn about upcoming journeys), and they’re not open to the public. That said, many a space buff has staked a spot on nearby roads to see the sight from afar—here’s one spectator’s account of watching a Blue Origin launch from a nearby road.
West Texas not in your future? You can watch past and future launches —and learn all about Blue Origin space tourism—on Blue Origin’s Youtube channel.

Fun Apps That Bring the Launches to You

Want the option to see every major rocket launch that happens, whenever they happen? There’s an app for that! Download Space Launch Now or T-Minus apps to be notified of every rocket launch out there and get live feeds of the rockets as they lift off. Nothing like stepping away from the PTA meeting to watch a space launch!

Even cooler? Put the rocket in your backyard! The Backyard Apollo app uses augmented reality to launch a rocket from wherever you point your camera. You’ll be able to plant a rocket in your backyard, school parking lot, or kitchen floor—then walk around and under it to explore what it looks like, up close. The app also includes live audio to narrate the launch—as well as on-screen labeling of all the rocket parts as your camera goes over them, so your little Mission Controllers can understand the flight operation in real-time.

*For a calendar listing all upcoming launches throughout the country, head to Space.com’s launch calendar or Spacelaunchschedule.com.

Book a Night at the Creepy ‘Hocus Pocus’ Cottage on Airbnb

9 of the Best All-Inclusive Resorts for Families in Florida

22 Holiday Train Rides to Book before They Sell Out

7 Ski Resorts That Make It Super Easy for Families

21 Incredible Corn Mazes Worth Traveling For