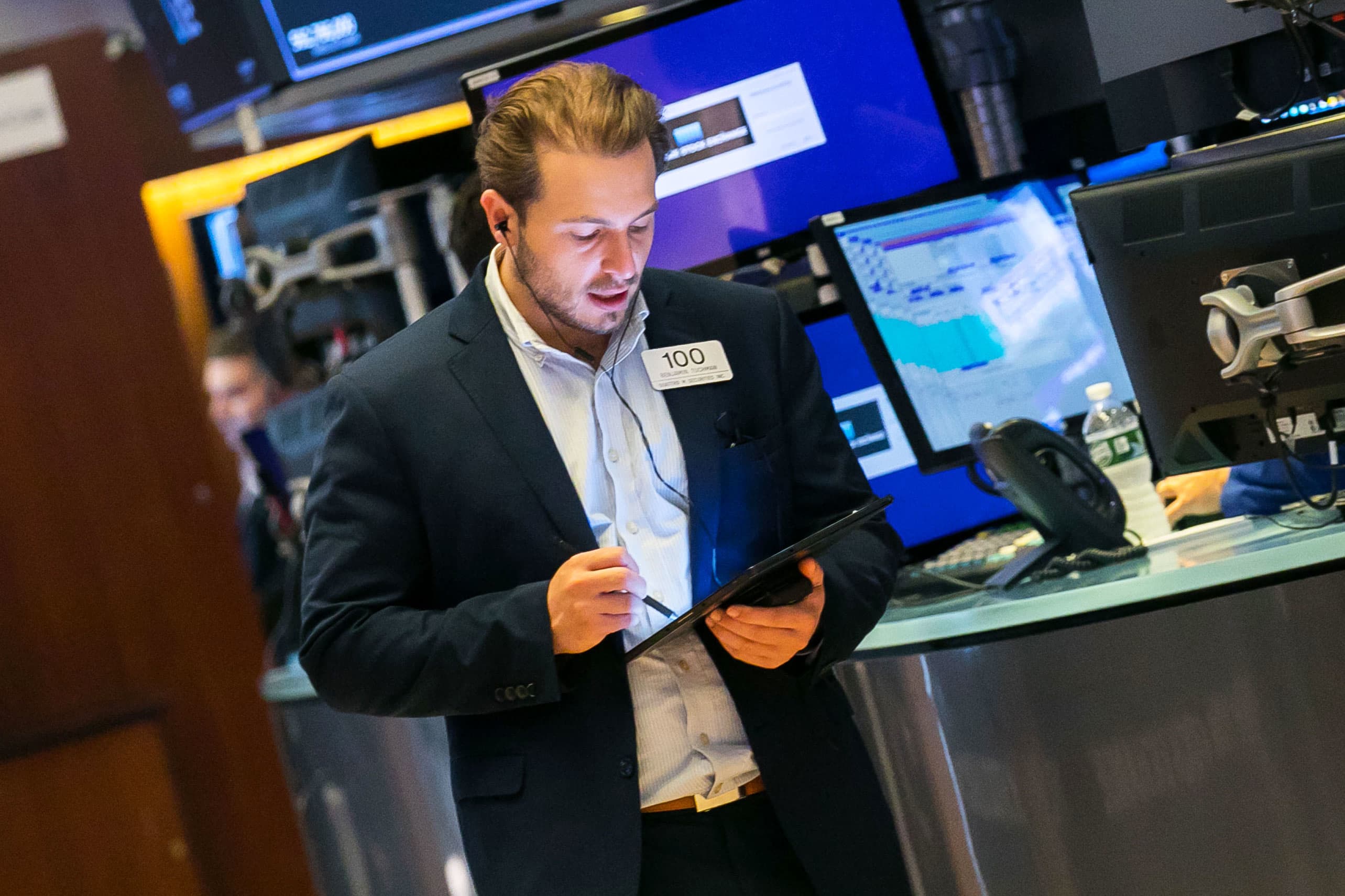 Here are the most important news, trends and analysis that investors need to start their trading day:

Traders on the floor of the New York Stock Exchange

Dow futures dropped more than 100 points Monday, indicating a retreat at Wall Street’s open for the 30-stock average from Friday’s record high close. The Dow finished last week jumping 448 points, or 1.3%. The S&P 500 and Nasdaq also gained about 1% each, with both logging record closes as well. Friday’s rally, which reversed a broad sell-off in the prior session, was enough to nudge all three benchmarks to into positive territory for last week.

Ahead of key inflation reports Tuesday and Wednesday — and questions about whether increasing price pressures are transitory as the Federal Reserve believes — the 10-year Treasury yield dipped Monday to around 1.33%. The benchmark yield went as low as 1.25% on Thursday to levels not seen since February. The 10-year yield hit a 14-month high of 1.78% in March. It began 2021 at less than 1%.

2. Banks to kick off what’s expected to be an incredible earnings season

The second-quarter earnings reporting season gets underway this week — and if estimates for incredible growth come to pass, such results could validate a market that continues to easily shake off any concerns about its steady march to record high after record high. According to Refinitiv, profits for S&P 500 companies in the April-to-June quarter are expected to be up 65% from the same period last year during the depths of the Covid pandemic. The banks kick off the quarterly reporting, with JPMorgan Chase and Goldman Sachs on Tuesday; Bank of America, Citigroup and Wells Fargo on Wednesday; and Morgan Stanley on Thursday.

Billionaire Richard Branson reacts on board Virgin Galactic’s passenger rocket plane VSS Unity after reaching the edge of space above Spaceport America near Truth or Consequences, New Mexico, U.S. July 11, 2021 in a still image from video.

Richard Branson, after nearly 17 years of development and over a billion of dollars invested in Virgin Galactic, achieved his dream of reaching space. Speaking from his spacecraft’s cabin Sunday, Branson described the flight as the “complete experience of a lifetime.” After landing, he said, “I have dreamt of this moment since I was a kid, and honestly nothing could prepare you for the view of Earth from space.”

Jeff Bezos is set to be on the first flight of his space company, Blue Origin, on July 20. Launching ahead of Bezos and Elon Musk, Branson became the first of the billionaire space company founders to ride his own spacecraft. The Wall Street Journal said Musk bought a ticket for a future Virgin Galactic flight. Neither Musk nor his space company SpaceX immediately responded to CNBC for comment.

4. Pfizer to meet with U.S. officials about Covid booster shot

12 years and older New Yorkers are getting vaccinated at the St. Anthony of Padua Roman Catholic Church in Bronx of New York City, United States on June 13, 2021.

Pfizer plans to meet with top U.S. health officials Monday to make its case for federal authorization of a third dose of its Covid vaccine. On Sunday, Dr. Anthony Fauci didn’t rule out the possibility, but he said it was too soon for the government to recommend another shot. President Joe Biden‘s chief medical advisor said clinical studies and laboratory data have yet to fully bear out the need for a booster to the current two-shot Pfizer and Moderna vaccines or the one-shot Johnson & Johnson regimen. Fauci said the CDC and the FDA did the right thing by pushing back against Pfizer’s statement last week that argued for another shot.

A symbol of TikTok (Douyin) is pictured at The Place shopping mall at dusk on August 22, 2020 in Beijing, China.

In the latest fallout from the Chinese government’s crackdown on its nation’s tech companies, the owner of TikTok reportedly put its offshore IPO plans on hold. ByteDance took a different approach than Chinese ride-hailing giant Didi, which went ahead with its listing in the U.S. at the end of June, when it got a warning from the Chinese government, according to The Wall Street Journal.

China’s market regulator said Saturday it would block on antitrust grounds Tencent’s plan to merge the country’s top two videogame streaming sites, Huya and DouYu. Tencent is Huya‘s biggest shareholder with 36.9% and owns over a third of DouYu. Both firms are listed in the U.S. and are worth a combined $5.3 billion in market value.

— Reuters contributed to this report. Follow all the market action like a pro on CNBC Pro. Get the latest on the pandemic with CNBC’s coronavirus coverage.

Cramer’s week ahead: The most important week of earnings season

‘I think people are underestimating how bad this is going to get’: Dr. Ashish Jha on the delta variant

Biden says what others are ‘afraid to say’ about tech, Salesforce’s Marc Benioff says