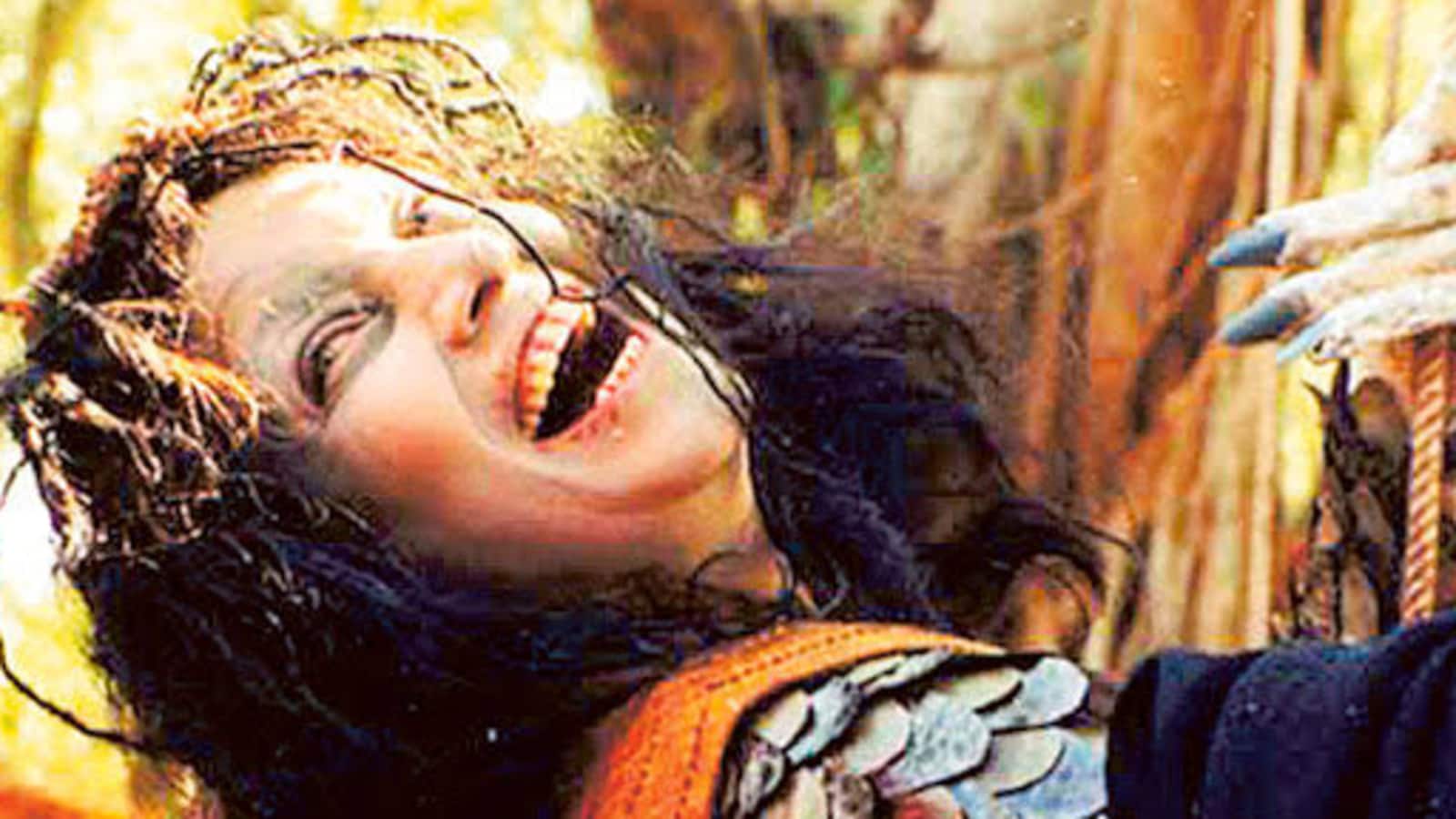 Shabana Azmi‘s unkempt, blood-thirsty witch Makdee remains iconic. In Vishal Bhardwaj‘s debut directorial feature Makdee, which completes two decades since its release, the sight of the titular witch scares children and adults of the village alike. Makdee stays in an old, dilapidated mansion at the far end of the village. But only some seem to have seen her in reality. No one dares to enter the gates to the mansion, because they know if they enter once, there is no coming back. She has big hands, and her bloated fingers are the first things one notices about her. Legend says that whoever goes inside the mansions returns as an animal. (Also read: Shehzada teaser: Kartik Aaryan brings Telugu-style action to Bollywood, fans say ‘is baar galat script chunli’)

Touted as a children’s film, Makdee revolves around twin sisters Chunni and Munni (played by Shweta Basu Prasad), who have vastly different personalities. Chunni is the mischievous one, forever belittling her sister and creating trouble for her. Whereas Munni is the calm one, obedient and respectful to anyone she meets. Chunni often impersonates as Munni for asking favours and lands her sister in trouble. The one person with whom Chunni interacts properly is with her friend Mughal-e-Azam, the adopted son of the local butcher Kallu (Makarand Deshpande) who comes to ask for food during nocturnal hours. One day, Chunni finds out from Mughal-e-Azam that her sister Munni has gone inside the mansion after his father chased her around, when it reality it was Chunni who had created the trouble impersonating Munni.

From this moment on, Chunni comes to terms with her actions, and bowed by an iredeemable sense of guilt as she tries to find out where Munni has gone. She goes inside the mansion, determined to find her. It is here when she finally meets the witch Makdee, who reveals that Munni has been turned into a hen. When Chunni begs her to cast the spell back and return her sister into her original form, the witch takes the opportunity for her own profit. She tells Chunni to bring her a hundred hens and only then will she return her sister back as a human. From here on, Makdee turns into Chunni’s quest for saving her sister.

What makes Makdee such a memorable film even after two decades of release is its close introspection of the world seen through a child’s perspective. For Chunni and Munni, days begin and end within a fanciful, stress-free mindframe. The little joys of trespassing from the window sill to the field below, bunking class, having ice cream from the local stall are some of the biggest joys of life. When contrasted with the religious dogma, animal cruelty and greed of the adults- it is a dangerously tricky, deceitful land filled with lies and tricks. Makdee steadily deconstructs the dangers of falling prey to superstitions and age-old stories. The only voice of reason in the entire village is the school teacher, who tells his pupils about the importance of science. The police, the local priest and even the other men of the village do not show the courage to enter the mansion. They rule the minds of the other residents of the village by retelling the same story of the witch and provoking fear and superstition. When the truth finally comes out about the reality of Makdee, they realize their mistake yet quickly try to cover it by adding on a show of pomp and splendor.

Makdee is a film of many delights, a film that continues to thrill even after two decades of release. Vishal Bhardwaj’s film is traced with memorable characters and gorgeous camerawork. If you look closely, Makdee also works as a film slyly winking at the way the current socio-economic world functions, where greed and selfishness are laced into the public rhetoric. Even though the director is mostly known for his adaptations of Shakespearean tragedies, Makdee sees the director at his imaginative best. It is surprising how Makdee was billed as a children’s film upon release twenty years ago, when its power lies in a story that still holds meaning for adults.

In Makdee, the quest for introspection only seems to remain with the children. It is the children in Makdee, who realize that a world exists beyond the gates of fantasy too, that no matter how dark the room of lies becomes, truth will always emerge as the guiding light.